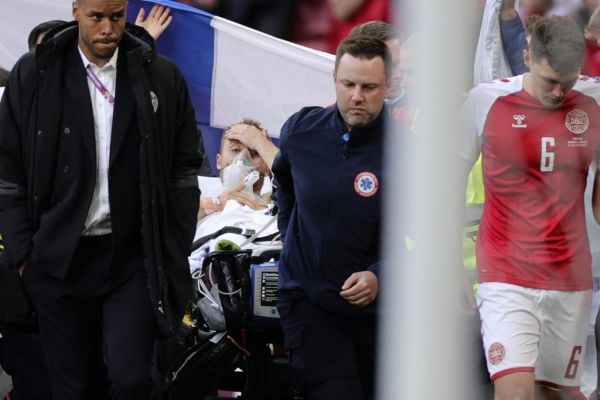 Denmark’s team doctor Morten Boesen has confirmed Christian Eriksen suffered a cardiac arrest and that “he was gone” prior to being resuscitated.

Eriksen collapsed on Saturday during the first half of Denmark’s opening Euro 2020 match against Finland before being treated on the pitch and taken to hospital.

After it was later confirmed the Inter Milan midfielder was stable, his team-mates agreed to resume the fixture in Copenhagen, with Finland claiming a 1-0 win thanks to Joel Pohjanpalo’s 59th-minute goal.

At a press conference arranged by the Danish Football Federation on Sunday afternoon, Boesen said: “He was gone. We did cardiac resuscitation, it was a cardiac arrest.

“How close were we to losing him? I don’t know, but we got him back after one defib, so that’s quite fast.”

“We don’t have any explanation why it happened. The details about what happened I am not quite sure of because I am not a cardiologist, I will leave that to the experts. I didn’t see it live, only on screens afterwards.”

The team doctor revealed that Denmark’s players and staff were visited by a psychologist on Saturday night, and in hindsight feel the game should not have resumed.

“I don’t think the right decision was to play the game,” Boesen said. “We have had help from a psychological point of view at the hotel last night.

“Everyone expressed their feelings and how they saw the situation, and everyone was pleased we did this and talked it through.

“We really appreciated the professional help we have had from the outside.”

Denmark manager Kasper Hjulmand agreed that the match should not have been completed after the incident, and that the squad will try to use what happened as motivation for their next game against Belgium on Thursday.

“I get the feelings from the players that maybe the time is too short to try to play football again, but maybe we can use it as a force to get together and try to go out and do our best in the next match.

“We will see if we can get ourselves together and play for Christian.”