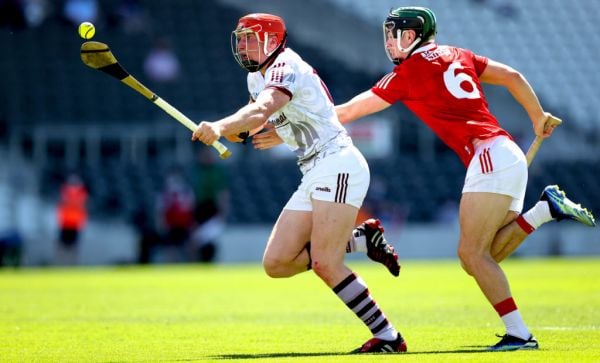 Galway are Division 1 Group A winners in the Allianz National Hurling League after Sunday’s action.

We have the results of today’s meetings below.

An impressive second-half performance from Galway led them to victory over Cork at Pairc Ui Chaoimh.

The side now top the Division 1A standings ahead of a probable Leinster championship meeting with Kilkenny, which will double as the League final.

Great win today 👏
📸@sportsfile all 👀turn to the footballers 🏐 pic.twitter.com/HVEkEhZtLA

Meanwhile at Walsh Park, Waterford had their first win over Tipperary in the League since 2016.

Waterford trailed by a point at half-time but were well on top after half time.

Manager Liam Cahill said there was a “good championship feel to it” for most of the game, ahead of Waterford’s clash with Clare in two weeks’ time.

In Mullingar, All Ireland champions Limerick had a resounding 17-point victory over bottom-of-the-table Westmeath.