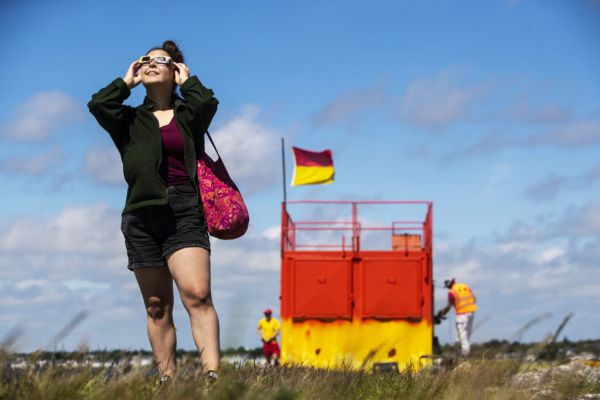 Sunday is officially the hottest day of the year to date, according to forecaster Met Éireann.  However, while County Roscommon has made the charts on a few occasions in the past few weeks, today, despite it being warm in the county, the sun failed to really shine.

At Mount Dillon in Roscommon Met Eireann recorded a temperature of 20 degrees Celsius, but the forecaster tweeted this afternoon that the Oak Park weather station in County Carlow had recorded a high of 24.6 degrees Celsius.

The other hottest temperatures in the country were recorded at weather stations in Dublin, Meath and Tipperary.

The highest temp 🌡️reached so far this year was 23.1C at Newport Furnace, Co. Mayo – we have already reached 24.6C at Oak Park Co. Carlow, making today the warmest day of year so far. pic.twitter.com/o1HmQL8Hj4

Prior to Sunday, the highest temperature reached so far this year was 23.1 degrees at Newport Furnace in Co Mayo.

Heat to hold up

Met Éireann has said that the heat should hold up for the rest of the evening. The rest of the day will be warm and mainly dry, with sunny spells in most areas.

There will be some cloudier periods in north Leinster and east Ulster, and it will become cloudier in the west and northwest this evening with rain and drizzle.

Monday will be mainly dry with bright or sunny spells, and just a few showers in the west and northwest.

The best of the sunshine will be over the southern half of the country, the forecaster said.

It will be less humid and not as warm as today, with highest temperatures of 14 to 19 degrees.