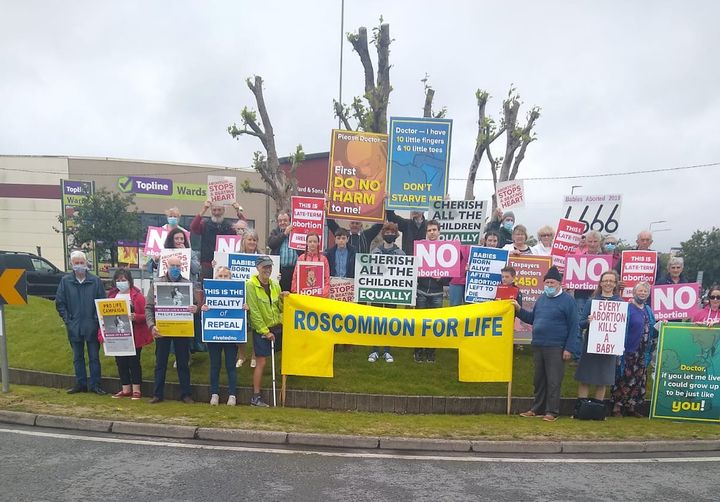 A ‘Rally for Life’ took place in Roscommon Town today, Saturday, July 3rd, urging the public and TDs to #RethinkAbortion.
Because of Covid-19 restrictions, rallies took place at 55 separate destinations in lieu of the national pro-life march this weekend.
“Pro-life activists seek to continue to protect both mother and baby, especially in the light of what had been revealed about abortion in Ireland, including late-term abortions and the disturbing rise in the number of abortions,” said Niamh Uí Bhriain of the Rally for Life Committee. “We are urging the public and TDs to #RethinkAbortion.”
Figures released this week showed that 6,577 abortions carried out in Ireland in 2020. “We were promised, voters were promised, that abortion would be “rare” post-repeal, but for the second year in a row, we have seen a huge rise in the number of abortions carried out in contrast to when abortion was illegal in Ireland,” said Ms Uí Bhriain.
“This shocking rise in the abortion rate, with twice as many women undergoing abortion here as previously travelled, is indicative of the government’s complete lack of interest in reducing the number of abortions taking place,” she said. “The reality is that abortion is anything but rare.”