O’Hora looking at the bigger picture 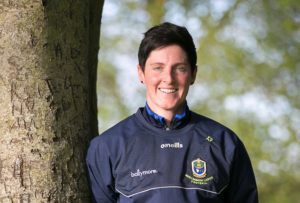 Missing out on a league final was not part of the plan for Diane O’Hora and the Roscommon intermediate ladies’ football panel, but the former All-Ireland winner is confident that the remarkable manner of the team’s collapse against Laois last time out will be of benefit to her group in the long run.

“Getting promotion was one of our targets for the year so of course it was disappointing to miss out, but that defeat will do every single one of us, players and management, the world of good,” said the Mayo native ahead of this afternoon’s opening game in the championship against Kildare which throws in at Duggan Park, Ballinasloe, at 2 p.m..

“We looked at the video afterwards, there was a lot of questioning ourselves afterwards and we learned a lot about ourselves. Since then, we had a month to prepare for this Kildare game, and I’m very positive about how the group has responded.

“Kildare started this year in a very different situation to us. They’re now in their fourth year of the same management, so they know what they’re doing and they know their players very well. We started with two weeks of trials and it’s only now I feel we’re getting to a place where we’ve caught up,” she continued.

Preparations for Sunday’s championship encounter continued with a challenge match against Offaly last weekend, where O’Hora was hoping to get her side used to playing against a running team, which is one of the main threats posed by a very young Kildare side.

Three years ago, Kildare edged out Roscommon in a memorable All-Ireland Minor B final that was played at Hogan Park in Moate. As many as six of that Kildare team are likely to start Sunday’s game, while just three of the Roscommon team from that day (Megan Kelly, Ellen Irwin, Sarah McVeigh) started the county’s league semi-final against Laois last month. Youth and energy will be key ingredients for Kildare, who last won the All-Ireland intermediate championship in 2016 but have basically completely changed their team since then.

“We have to make better decisions on the ball and take our chances when we get them,” accepted O’Hora.

“Kildare will be a very different challenge, very physical, and they have lots of new players this year so even from the team that played Roscommon in last year’s league, there will be new faces.

“I believe the quality is there in our panel and we’re going in the right direction. It’s up to everyone to put it on the pitch and prove it now,” she added.

After being the form side in Division Three in 2020, with five wins from five games before the season was abandoned, Kildare’s form was quite erratic this year. An opening round defeat to Laois was followed by a narrow one-point victory against Wicklow, and the same margin against Longford, suggesting that they were in poor form.

A strong showing against Sligo seemed to turn things around, but much like Roscommon, who conceded 2-5 to Mo Nerney in the semi-final, they found the Timahoe player too hot to handle in the league decider, and lost out by the bare minimum, 2-10 to 3-6.

Based on that form, there’s little between the two sides, though Roscommon will have to do a much better job to stop runners coming from deep positions, particularly players like Lauren Murtagh (half back), Siobhán O’Sullivan (midfield) and Lara Curran (centre-forward). Full-forward Neasa Dooley got her name on all three goals last time out, but all three came from straight running, as opposed to any long deliveries of the ball.