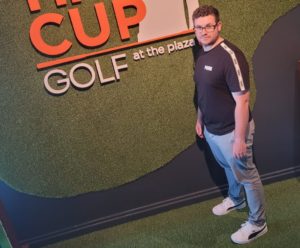 A new course record has been set at Carrick-on-Shannon Golf Club.

Daniel Egan, from Drumshanbo, set the record — 67 gross — when competing in the Kiernan’s Pharmacy stroke competition on July 9th.

Daniel carded a 33 nett on the front nine, with three birdies and six pars. On the back nine, he posted level par with seven pars, one birdie and one bogey.

Daniel, who plays off a handicap of 1.3, has represented Carrick-on-Shannon Golf Club many times at interclub level. He studied sports management in UCD and is the current manager of Tin Cup Golf at The Plaza in Carrick-on Shannon.