Father hits out at ‘lack of justice’ for little Mari 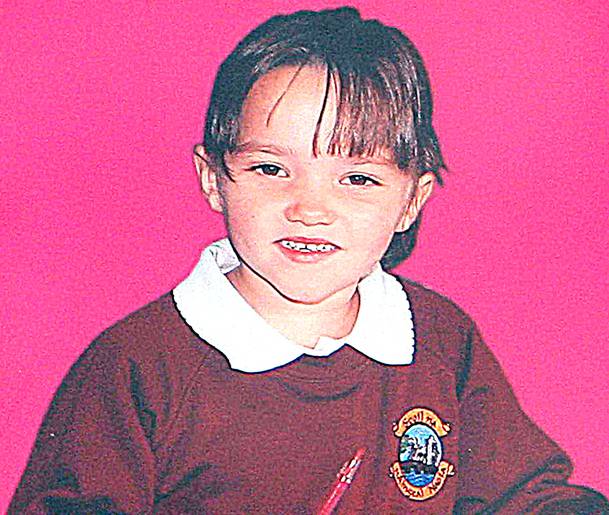 Little Mari Keane Connolly was just five years of age when died in a devastating fire in Boyle.

A Boyle father has hit out at the “lack of justice” afforded to his five-year-old daughter after the man responsible for her death was released from prison last week after serving just nine years of a 13-year sentence.

Richard Connolly told the Herald this week that the Irish Prison Service had been in contact with him in the months leading up to the release which took place on Monday last from Loughan House open prison in Cavan.

“They had been in contact when he was moved from Castlerea Prison to Cavan and then more recently that he was due to be released. He’s out now, able to walk about the place as a completely free man. He can breathe in the air that my little girl will never be able to because of what he did that night.

“He gave us a life sentence yet he doesn’t even have to sign into a Garda station, he can live as he wants while Mari was robbed of her life. She’d only have been 15 now, still a child. There’s a lack of justice for her that he has no restrictions in his life, yet her life was stopped so suddenly, so cruely,” he explained.

Richard Connolly was asleep upstairs in his house on the night of the incident.

His three daughters, Lauren, 8, Naomi, 7, and Mari, were staying with him as his ex-partner, Teresa Keane, was in hospital giving birth to twins that weekend.

Mr Connolly managed to get the children out onto a roof, but he suffered serious spinal injuries when he jumped in the darkness as he landed on concrete steps. This prevented him from getting the children down. He managed to persuade Lauren and Naomi to jump on top of him but Mari was too afraid and went back inside where she died in the blaze. Mr Connolly spent time in hopsital with his injuries and has been left with a limp and walks with the assistance of a crutch.

“All the physio and rehab that can be done has been done, I’ll always walk with a limp and need a crutch, but because of the concurrent sentences, he didn’t serve one extra day for what he did to me.

“He didn’t serve enough time for taking our little girl. My idea of justice is that he would serve a life sentence for taking Mari’s life. She was completely innocent and our lives will never be the same, yet he can go back to normal with no restrictions. It’s not justice,” he added.

Mr Connolly said that the family still gather at Mari’s grave every January to celebrate her birthday by releasing balloons into the air and with her 10th anniversary approaching in October, her father said the pain of losing her has not gotten any easier.