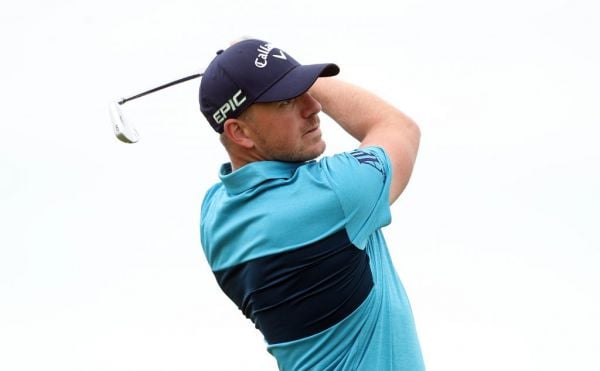 Matt Wallace wants to leave Europe captain Padraig Harrington in no doubt about his determination to secure a Ryder Cup debut in September.

Wallace was overlooked for a wild card in 2018 despite winning for the third time in 15 starts in front of captain Thomas Bjorn in Denmark, just days before Bjorn opted for Paul Casey, Sergio Garcia, Ian Poulter and Henrik Stenson.

A lack of victories since, combined with Harrington having one fewer wild card at his disposal, means Wallace faces an uphill task to be on the plane to Whistling Straits in September, but the 31-year-old Londoner plans to press his case in this week’s Cazoo Open at 2010 Ryder Cup venue Celtic Manor.

“It’s been really difficult this year to find the balance of what I want to do,” Wallace said. “I want to make the team, absolutely.

“But I want Padraig to know, like I did with Thomas, that I’m working to get into that team because that’s what I want to achieve. This is why I’m here this week.

“I need to start putting some results on the table so Padraig can see I’m playing well and fingers crossed this is the start of what’s to come in the next few months.”

Wallace finished 40th in last week’s Open Championship at Royal St George’s, but his best result so far this season is a tie for third behind Jordan Spieth in the Valero Texas Open in April.

“I feel like I’ve solidified myself at the Majors and had some decent results on the big stages,” Wallace added. “I’ve realised that talking of two or three years ago you need a high confidence level to compete. I haven’t quite had that.

“I feel like my game is better than it has ever been, but you have to have the confidence to get the job done sometimes.

The @EuropeanTour is at Celtic Manor this week 🏴󠁧󠁢󠁷󠁬󠁳󠁿

“What I haven’t been able to do is put it all together. (At the Valero) I led the field from tee to green but my putting let me down. That came back to confidence, not seeing the ball go in the hole, and when my putting has been good the long game hasn’t been as sharp.

“If I can put it all together, I think I’ll be contending in tournaments.”