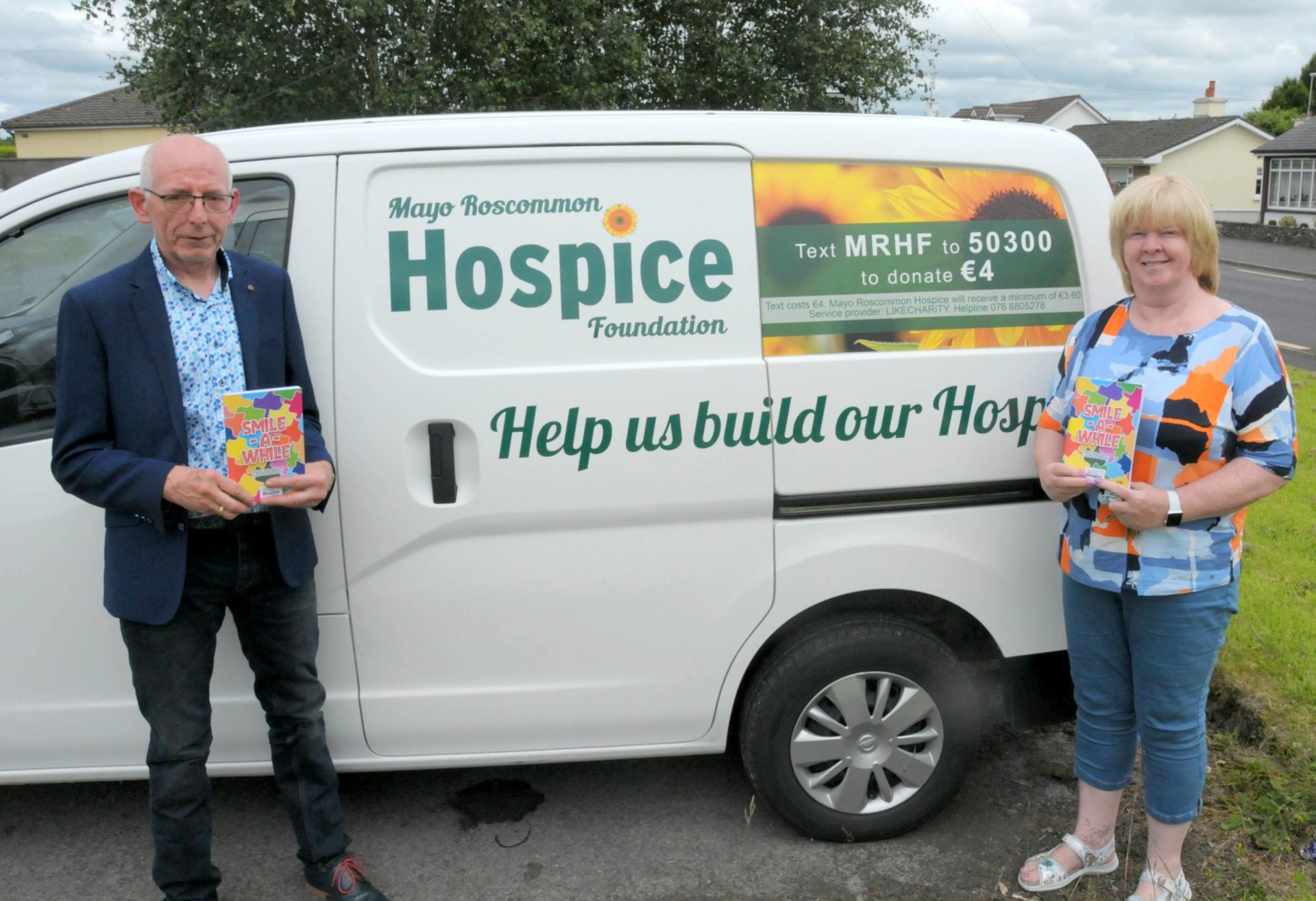 Seamus Dockery has realised a lifelong dream after his first-ever book, Smile A While was published.

Seamus has been writing poems for almost 20 years and had been asked many times about the possibility of compiling them for publication.

Seamus, from Mantua, Ballinagare, is delighted that his long-held ambition, to have a selection of his poetry published, has now become a reality.

“I feel very happy about the book getting published to be honest, because it’s something I’ve been talking about doing the last five or six years now,” he told the Roscommon Herald.

“I was off work last year for the first three months of lockdown and I found myself with little to do, so putting the book together kind of became a hobby at that stage.”

He also wanted to help a charity in the process, hence the Smile A While idea became a reality. The book is first and foremost a fundraiser for the Mayo/Roscommon Hospice and every cent raised from the sale of Smile A While will go to the charity.

“I had two charities in mind and I decided to pick the hospice because it was local,” said Seamus. “Thankfully, I have no one with cancer but I’m sure there’s not a family in the country that isn’t impacted by cancer so that’s why I decided to choose hospice,” he said.

“The ideas for the poems just come into my mind like a flash when I’m at home. It could be 1 o’clock at night when I think of a verse and I would get up and go and put it together then, even at that stage,” he said.

Seamus, who works at Cooney Motors in Boyle, is also gifted at drawing, and combined the two skills to make this publication very special.

The book is priced at €10 and is available in several local outlets.

Seamus urges people to buy the book “because first of all you’re getting great value for money and second of all, that money is going to a great cause”.