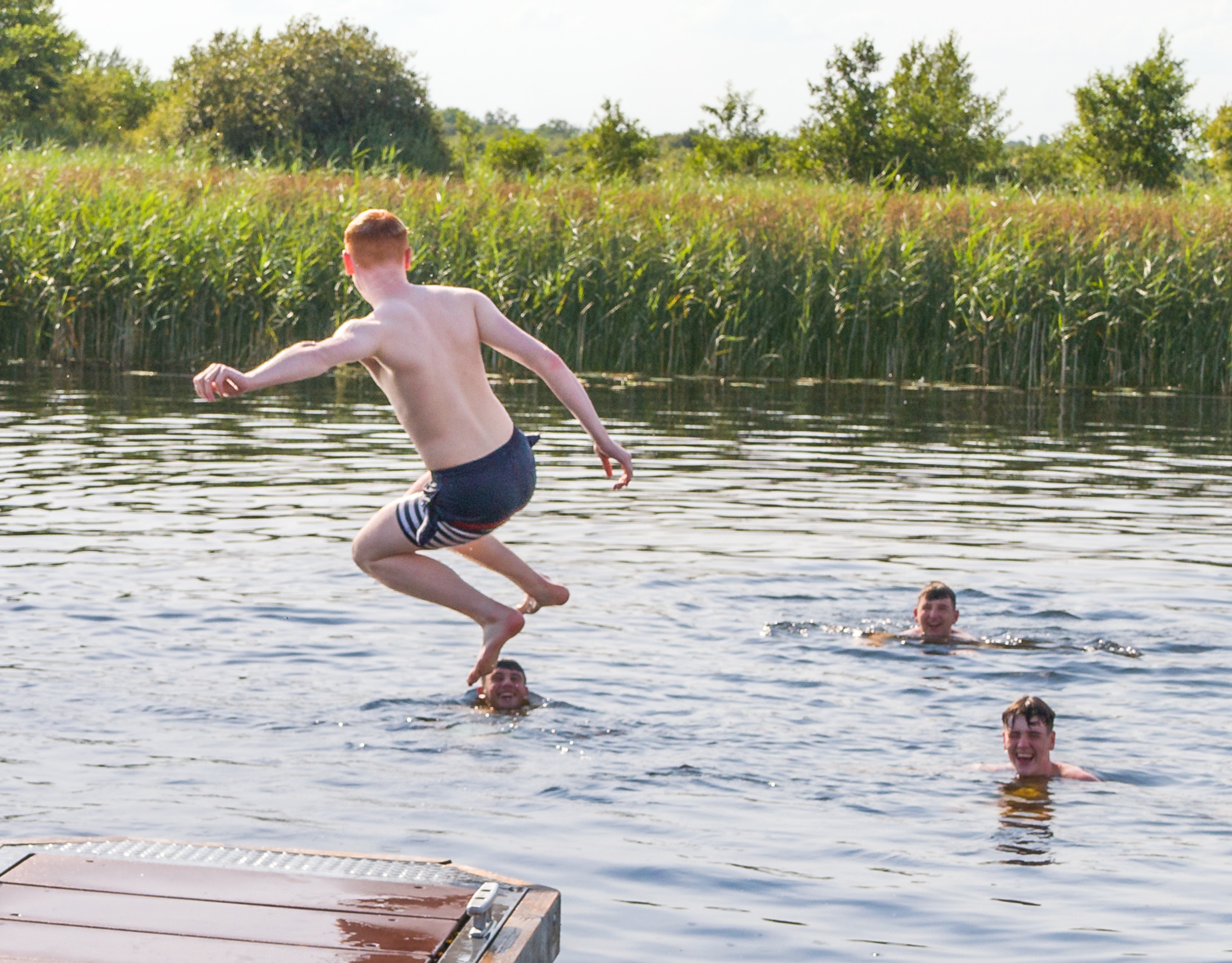 A yellow high-temperature warning has been extended until Saturday as Ireland continues to bask in a July heatwave.

For the second consecutive day, the temperature soared above 30 degrees, with the highest temperature in the Republic on Thursday recorded at 30 degrees at Mount Dillon in County Roscommon.

Met Eireann also said that Wednesday night was provisionally the first tropical night in Ireland for 20 years, with Valentia in Co Kerry not observing any temperature under 20.5C.

Tropical nights, meaning shaded air remains above 20C all night, are rare in Ireland, having previously only been recorded six times.

Met Eireann meteorologist Aoife Kealy said: “We still have another few hot and sunny days ahead with temperatures reaching 30°C.

However, it was also warned that heavy showers and thunderstorms could lead to some spot flooding on Friday.

Ms Kealy continued: “It looks like the high pressure that has brought us this hot and settled weather will gradually break down through the weekend and we’ll lose the very high temperatures.

“It’ll still be warm though, with temperatures into the low to mid 20s Celsius across the country on Saturday on Sunday.”

Met Eireann said the high temperatures have been caused by the jet stream migrating northwards to the far north of Ireland.

This allowed the “Azores High” – a near permanent area of high pressure usually positioned in the sub-tropical Atlantic near the Azores Islands – to build north and steer warm, dry and settled conditions over Ireland.

This weather pattern has brought warm air up from the south with it, and that, together with plenty of strong summer sunshine has allowed temperatures to build, with temperatures exceeding 30 degrees in some parts of Ireland this week.

Irish Water is continuing to urge the public to conserve water to ensure a consistent supply for all.

Staying dry with plenty of warm sunshine this evening ☀️

In a statement, it said: “Irish Water, together with our local authority partners are working hard to maintain supplies.

“The current extra demand, combined with reduced capacity, is not sustainable.

“We are appealing to everyone to be mindful of this and reduce water consumption as much as possible.”

But it added that “with the continuation of the Covid-19 pandemic, the public are reminded to adhere to public health and HSE advice, and handwashing and hygiene remain critically important”.