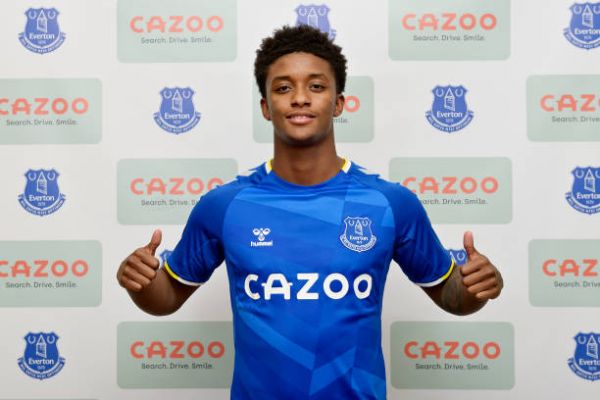 Demarai Gray has vowed to help Everton compete with the Premier League’s big boys after completing his move to Goodison Park.

The 25-year-old former Leicester winger has signed a three-year deal and has the option of a fourth with the Toffees as he leaves German side Bayer Leverkusen for an undisclosed fee after just six months in the Bundesliga.

He follows fellow wideman Andros Townsend and keeper Asmir Begovic to the blue half of Merseyside with new manager Rafael Benitez and director of football Marcel Brands wasting little time in re-shaping the squad for the season ahead.

✍️ | Demarai Gray has joined from Bayer Leverkusen for an undisclosed fee after agreeing a three-year contract until the end of June 2024 with the option for a fourth year. @22demarai 🔵

Gray told the club’s official website: “I’m delighted to be back in the Premier League at such a big club and I’m excited to play with the team and get to work.

“Speaking to the manager and Marcel Brands, I had a really good feel for the club and I feel this is a place where I can continue to develop.

“The manager, with his ambition and what he has won in the past, is important and we’ll look to push forward and compete with the top clubs. I think a club of this magnitude has all the potential to be right up there.

“Collectively with what Marcel and the manager have said to me, everything fits, including the club’s ambitions and goals. Everton are a very big club and the main objective is to be pushing and competing back up there in the table.

“I want to work hard on the training pitch and work my hardest for the club on the pitch.”

Birmingham-born Gray, who will wear the number 11 shirt, began his career with his hometown club before making a £3.5million switch to the Foxes in January 2016, and was a Premier League winner at the age of 19.

He has been capped by England up to Under-21 level and is confident he can renew his acquaintance with striker Dominic Calvert-Lewin, whose 21 goals last season helped Everton finish 10th, to good effect.

He said: “I’ve played with a few of the boys for England Under-21s, so it’s always nice to see a few familiar faces.

“Dom’s kicked on massively with his goals and, for me, as a winger, that’s the type of player you want in the box. My job is to feed him for him to put the ball in the net.

“We’ve got top international players in the squad and I think we have a good balance. It’s an exciting time.”