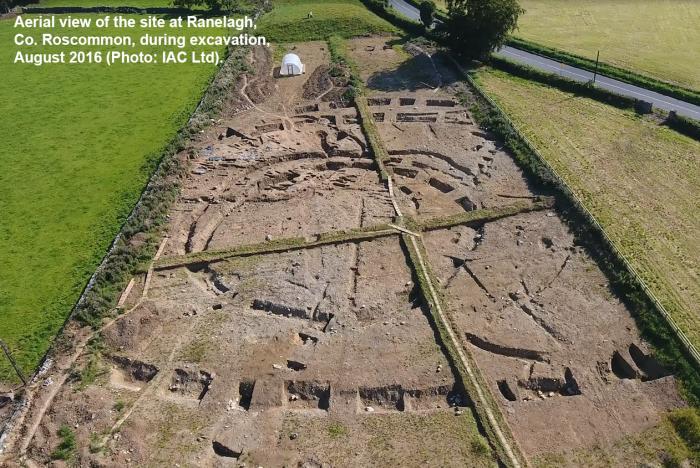 A proposal that Roscommon County Council erects a sculpture marking the important archaeological discovery on the N61 as part of the Coolteigue Road Project was rejected at a council meeting.

A motion by Cllrs Orla Leyden, Valerie Byrne, Marty McDermott, and Kathleen Shanagher called on the council to build a “sculpture of sufficient scale and magnificence” at the Ranelagh site. They suggested that the sculpture could possibly be of a Viking woman discovered as part of the DNA analysis during the Ranelagh Osteoarchaeology Project.

They also called for the installation of information boards outlining this “significant archaeological site” used for over 1,400 years, adding that the settlement developed into a cemetery with 664 human burials in it.

In this way, the council would commemorate these Roscommon people long gone, but not forgotten, and create an important tourism marker, the councillors said.

However, the council said in its written reply that it would not be standard practice to erect sculptures or other features at the location of findings on a road project and that it had referred the motion to Transport Infrastructure Ireland (TII), the funding and approving body.

In response, TII noted that the project’s archaeologist said the site was previously unknown and contained no amenity value. The site and materials found will form part of a two-volume monograph in the TII Heritage Series.

It added that the proposal had the potential to create a traffic hazard and a new junction and that there was also no funding for such a project.

Speaking on the motion, Cllr Leyden said that while she welcomed the book, there was no physical structure to mark the spot.

“If this incredible story was in Kerry or in other places around the country, they would know how to maximise this but they would also know how to commemorate their own people,” she said.

She proposed that the council would proceed with finding funding for the project, which was seconded by Cllr Byrne.

Cllr Shanagher said that while the book was a good idea, a statue would bring the story to the general public. She said we should embrace it as a new piece of history. Cllr Byrne also spoke in support of the motion, but she asked why are the artefacts being held with institutions outside of the county.

Cllr Marty McDermot said the site should be marked and that the issue should be revisited by the TII. It was agreed that a letter go to TII clarifying the location of the proposal.

Cllr Laurence Fallon said the site is of huge interest and without having an anchor point, the two-volume monograph will be less valuable.

“The idea that it is going to cause traffic mayhem is over the top,” he said.

After a discussion, it was also agreed that the issue should be discussed at the economic strategic policy committee to see how funding could be found. It was further agreed that the artefacts should be housed at Rathcroghan Visitor Centre in a proposal from Cllr Michael Mulligan.