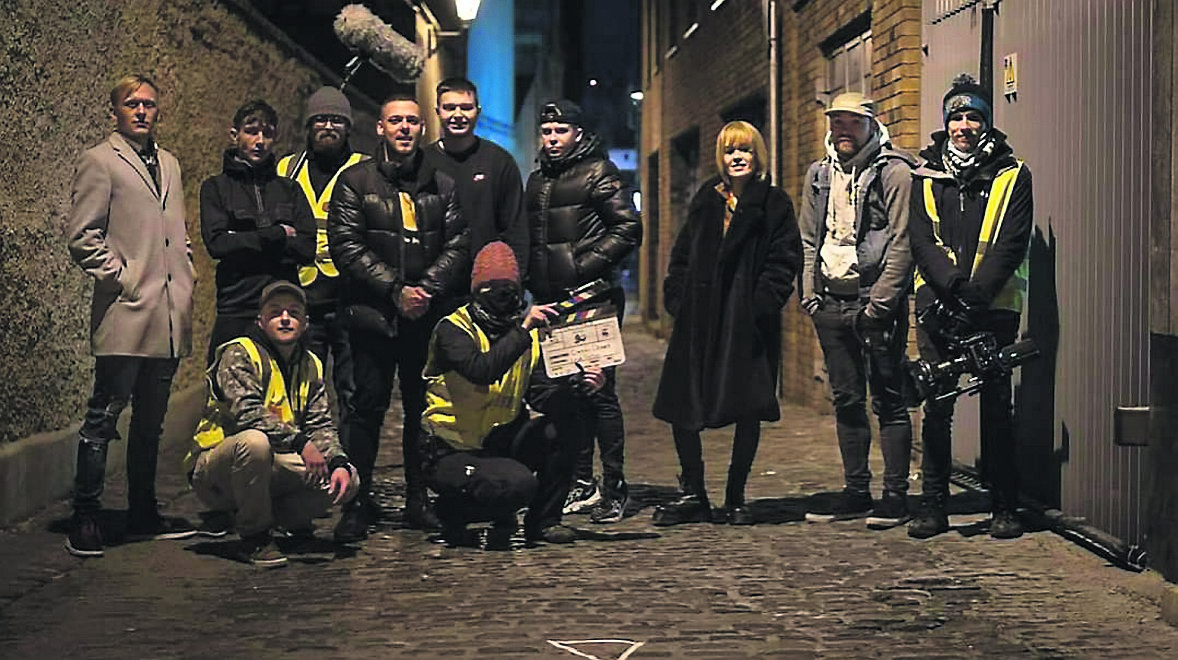 The cast and crew of ‘Vultures’.

A young Boyle man has just released his first short film entitled Vultures. The film, written by Ciaran Casey and Kildare native Craig Cooney, aims to raise awareness of the effects and repercussions of knife crime in Ireland.

“I have seen way too many young lives ended over knife crime in the past few years and unfortunately the numbers keep rising, some victims closer than others,” Ciaran said as he explained the motivation behind making the film.

“It’s a pandemic in itself so we need to educate our children and show them that carrying blades is never the answer.

“We want to use this piece to show the different perspectives of how it affects everybody involved from the victim, their families, right down to the antagonist and their family and friends, and show that these problems are carried with each individual for the rest of their lives,” he said.

“This is not a community problem or a national one this is, unfortunately, a worldwide problem that families have to face every day. We hope this short film shines a light on the topic. I truly feel like it’s not spoken about enough and I hope this can start a conversation and we can all take the step and make our community safer for the next generation,” he said.

While the short film Vultures has so far been a roaring success, Ciaran explained that they have other projects in the pipeline.

“We don’t know if we will continue Vultures because we wanted to hit other social issues such as housing and homelessness and suicide. The knife crime one was done to kind of test the waters and it’s gotten a good reception so who knows what the future holds but we are definitely working on other projects,” he said.

The message in the short film is simple: “Sadly we all know someone who is in some way connected to a victim of knife crime. We have made this movie to show people the reality of it. We have seen way too many young lives ended over knife crime in the past few years and unfortunately numbers keep rising.

“We need to educate our children and show them that carrying blades is never the answer.”