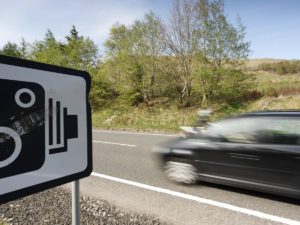 An appeal for the installation of speed ramps on the Cloonslanor Road from the Tulsk approach to Strokestown was made at a recent meeting of the Boyle Municipal District.

The issue was raised by Cllr Joe Murphy who said the volume of traffic using the road “was quite high”. He said that the residents feel speed ramps are necessary to deter speeding traffic, similar to those deployed in the Antogher area of Roscommon town.

In its response to Cllr. Murphy’s notice of motion, the local authority said there was a substantial density of housing on the road in question and the provision of speed ramps “will inevitably be a source of substantial noise which has historically proven to be unacceptable in built-up areas”.

The Council said “it would be necessary to investigate the opinion of the residents in this regard by way of a survey. Should there be unanimity towards the provision of ramps, we (the council) will endeavour to obtain funding for the provision of same,” the response concluded.

Cllr Michael Mulligan supported the provision of ramps, but Cllr Valerie Byrne sounded a note of caution, questioning did the residents understand how loud ramps could be?

Cllr Murphy said he was concerned at the level of danger in the area.

Cllr John Cummins said a pedestrian crossing was located close to where he resided in Abbeytown in Boyle town, noting “fifty yards on (from the crossing) traffic is going full pelt again.

Asked by Cllr Crosby if there were guidelines over the provision of speed ramps, the Municipal District Co-Ordinator Michael Conlon said there weren’t. On that basis, Cllr Crosby feared precedence may be set by their imposition in Cloonslanor.

Cllr Murphy pledged to carry out a survey of local residents in the Cloonslanor and return with his findings, prompting Mr Conlon to remark “if in doubt, come back to us (the council) following the survey”.