If not now for Mayo, when? 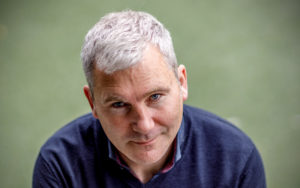 The time has come for James Horan and his Mayo players to deliver in an All-Ireland final. Picture: INPHO/James Crombie

It didn’t seem like it at the time but Mayo’s comfortable victory against Roscommon in last November’s Connacht senior football final at Dr. Hyde Park proved to be a seminal moment in the development of James Horan’s “new” team.

The widely-held view beforehand was that Roscommon, with some marquee players back in the groove, were buoyant after returning to Division One. Deep down, supporters around Ballaghaderreen and Cloonfad could afford a wry smile as they watched their neighbours from across the divide going in the other direction, having just been ousted from elite league football for the first time in 23 years.

What subsequently transpired on that eerie, cool autumnal afternoon, in front of the Hyde’s empty terraces, became pertinent — a sneak preview to the contrasting fortunes both sides have enjoyed, and suffered, since then.

In truth, it was a six-point hammering from a Roscommon perspective. The ease at which Mayo ripped the home side asunder for three-quarters of the match was staggering. Running from deep, players taking the ball off the shoulder at pace, the right options being taken and the physicality — it was there in abundance that day.

Mayo’s journey since then has been quite incredible. Getting All-Ireland final experience into a host of new players last December came with the benefits of a “free shot” in trying to take down the Dubs. Mayo won many admirers that day, as they always do in an All-Ireland final, for their sheer stubbornness and refusal to wilt.

The subsequent defeat felt different. Of course, there was disappointment and regret, but the pervading feeling emanating from Croke Park that evening was that they would be back.

That they have returned to Gaelic football’s biggest day on a diet of Division Two League football, which was short-lived, and without their talisman Cillian O’Connor is nothing short of remarkable — and we haven’t mentioned taking out the seemingly unbeatable Dubs in the All-Ireland semi-final yet.

Then again, Dublin’s heads were gone by the end of it all — their discipline, or lack of, returning to the dark days when nobody liked them. Put it another way — Dublin would have never coughed up their half-time lead under Jim Gavin.

So, here’s the catch. While there isn’t a Dublin and Kerry waiting for them, this isn’t a free pass for Mayo in terms of ending one of the most captivating sports stories in living memory. There comes a time when all the talk about being gallant losers and bouncing back must be shelved. This is Mayo’s time. There can be no excuses or backslapping for trying their best. On Saturday next, Mayo’s best simply must be good enough.

Of course, there are doubts. Until Aidan O’Shea finally has his hands on Sam, it won’t feel real. Indeed, the captain may be a good place to start when it comes to mounting a case favouring a Mayo victory. He has gone missing in previous big games in Croke Park, and he’ll be glad that it’s not the Dubs once more in the final. But he needs to throw himself about on Saturday. He needs to be the one leading Mayo’s charge when meeting fire with fire.

For all the talk about Tyrone and Covid, it only feeds into the Ulster side’s willingness and sheer delight in becoming the ultimate party-poopers. They’re always perceived as the villain of the piece, and with former player Seán Cavanagh’s biased punditry on RTE greatly feeding into that narrative, one can only imagine them rubbing their hands gleefully at the thoughts of prolonging Mayo’s agony when the rest of the country is willing the Connacht champions to succeed.

At a dinner in New York in 2006 when the late Dermot Earley likened Roscommon to Japan — a formidable force in the 1940s. Given that Tyrone are masters of doing everything on their terms, North Korea comes to mind.

At their recent press night ahead of Saturday’s final, they landed the first blow by dictating to journalists that no questions were allowed about the team’s much-publicised Covid-19 episode. It might come back to bite them because this could be the game where Covid finally catches up with them.

The Ulster kingpins will be teak tough, and they’ll play on the edge. But Mayo, unlike Kerry, are road-tested following the manner of those victories against Galway and Dublin. Tyrone won’t bully Mayo because Mayo are also past masters at bringing the laws of the game to breaking point before knowing when to step back from the cliff-edge.

In 2012, Mayo missed the boat against Donegal when a similar window of opportunity was prised open, only for basic mistakes to undermine their bid to end the famine. The county has been through so much heartbreak since then, but it has merely hardened the players’ resolve to come back for more.

A new team backboned by an experienced core. All the ingredients are in place for deliverance.

If not now for Mayo, when?