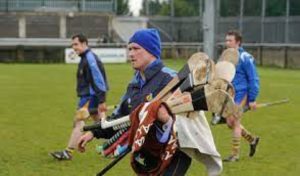 Johnny Keane has stepped down as Roscommon senior hurling manager.

Roscommon are on the lookout for a new senior hurling manager following Johnny Keane’s decision to step down earlier today.

Keane contact Hurling Committee Chairperson Christy McDermott this morning to inform him that he would not be seeking another term at the help.

The All-Ireland winning club player from Portumna became involved as a coach four years ago under former manager Ciarán Comerford, and took over as manager when the position became vacant 12 months ago.

He managed the team during the 2020 and 2021 Christy Ring Cup campaigns alongside this season’s Division 2B Hurling League.

“These were two very difficult seasons due to Covid and only having a few weeks to prepare for the competitions. In 2021, we were relegated in both the championship and league but, as with a lot of teams, the margin of defeat was by one and two points in several games. Sadly, narrow defeats do not gain you any points,” he said.

The Roscommon Hurling Committee and Roscommon GAA thanked Keane, his backroom team and players for their time and effort, and the sacrifices they made for hurling in the county, and wished Keane and his young family every good wish for the future.