James Horan: ‘We’re disappointed with how we played’ 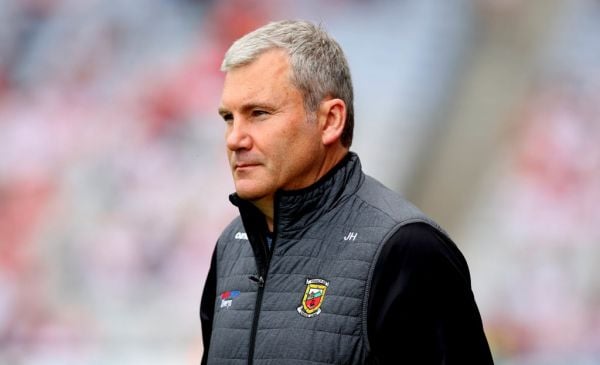 Mayo boss James Horan has said Mayo were below their best in the All-Ireland Football final loss to Tyrone on Saturday, admitting he was “disappointed” with their display.

“We set up to play a way and picked a team, and it didn’t work out, so we made in-game changes. But just as a general we seemed to be a bit off today. The tackle count was quite low….but overall it’s disappointing.”

He added: “I think we gave away a lot of turnovers in the first half that weren’t good decisions or good skills. But having said that we were still in the game, we were only two points down at half-time. The penalty was a big turning point as well, we could have gone one up, but overall we started to snatch at shots then. So, we just didn’t play like we could.”

“They were very strong. They were strong in their kickouts and made great gains there. Tyrone were good and deserved their win for sure. The performance wasn’t what we can give, I suppose. That’s the disappointing thing.”