18 of the 28 games (not including replays) that were going to make up this year’s Roscommon senior football championship have already taken place, with Elphin and St. Croan’s officially ruled out of contention for the Fahey Cup after the weekend’s action. Elsewhere, clubs like Strokestown, Oran and St. Brigid’s continue to move in the right direction, while poor results for Tulsk and Pádraig Pearses mean that they will go head to head next Sunday afternoon in the Hyde for the last quarter-final place.

But never mind all that – how about the really important business of who will take their place in the Roscommon Herald senior team of the week? You’ll get full match reports from all 12 games in the Roscommon senior and intermediate championships in tomorrow’s paper, but before that hits the shelves, here’s the 15 players that caught the eyes of our reporters from the senior championship over the weekend.

Clann were a shadow of themselves at Ballyforan on Friday night and while a lot of the credit for that should go to the players of Western Gaels, there also will be concerns in the club about switching back on their form ahead of the quarter-final stages.

There will be no such concerns about their goalkeeper, who made several important interventions and also came up to kick three excellent dead ball scores.

It’s been a difficult championship for the Woodmount club so far, but one of their bright spots was the solid form of Mark Richardson, who has returned to action after missing all of last year. You could watch a full hour’s football and barely notice his play, but you certainly won’t notice his opposite number tearing it up either, due to his incredible timing, discipline and positional sense.

Two long range scores, good going forward, and still kept close tabs on Hubert Darcy in a game where – Paul Carey excepted – Pearses’ forward line simply wasn’t able to get a foothold in the game. Fallon has been one of the leading lights for his club all throughout this campaign and he’s a clear cut selection for this berth.

The Boyle defence struggled in the early stages of their clash with Elphin but after conceding two early goals, they got on top of their brief and kept the club in it long enough to sneak the win they needed to top the group. Flanagan had the much easier defensive assignment out of the two corner backs, but he was still quietly effective throughout the game.

In what can only be described as a dour encounter at Lisnamult on Sunday afternoon, McManus was the man of the match by some distance as he marshalled his team’s defence superbly, handling a world of ball as they tried to set up good chances for their forward division. The Gaels won’t always be let off the hook like they were here, but if their defence can keep playing like this, they’ll give themselves a chance against anyone.

Like Flanagan in the corner, Evan McGrath was a big part of Boyle getting the defence settled and getting a foothold in a game where they could very easily have found themselves plunged into an unlikely relegation playoff. McGrath continues to be a very effective ball-carrier for his side, as well as holding the middle of the defence quite well. 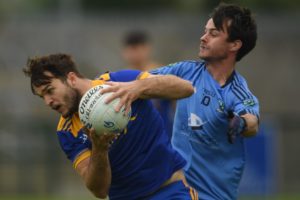 For the first time in all of our Team of the Week selections in 2021 so far, a player who didn’t start his team’s game gets selected. Tommy Gill was a first half replacement for Western Gaels in Ballyforan and he was a significant contributor from then on, playing a key role in a lot of the best attacking play of the West Roscommon side.

Probably the best performance of the entire championship over the weekend was that of Finbarr Cregg, who made up for Cathal Cregg’s absence with a tireless display at midfield, featuring an excellent haul of six points, three from play. He’ll have a huge role to play next Sunday afternoon at the Hyde when they go to battle with Elphin in the relegation semi-final.

Brogan put in a solid hour’s work without ever veering into the spectacular on Friday night in Kiltoom. He linked up the play, put in tackles, and was the most prominent midfield performer in the game – which was no mean feat with Niall Daly lined up on the other side.

Three appearances in this team out of three weekends so far, as the Oran wing-forward put in another very impressive showing against Tulsk. His tally of 0-3 didn’t quite match the 2-4 he scored the previous week, but he’ll continue to be a trump card for his club on into the knockout stages. 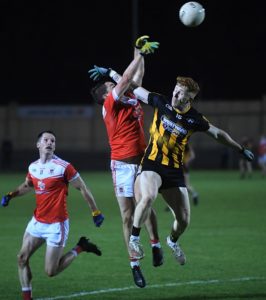 His finishing didn’t quite live up to his approach play, and on another night McGann might have finished up with something like 1-6 instead of 0-4, but his ability to burst past opposition defenders is a game changer. If he keeps up this form, county selectors will have to sit up and take notice soon.

We’re only taking one positional liberty this week and that’s here, where Carey gets moved from the corner forward position out to 12. It would be an injustice to leave him out after his best display in two years, one which featured four points from play against a very solid defensive unit.

Not for the first time this year, O’Carroll gave his team a touch of pure class up front with a string of gorgeous scores.

Fitzpatrick wasn’t one of the Oran hyenas that feasted on St. Croan’s last time out, ending that game with just a single point to his name. He saved it for this fixture, where he fired in an early goal and then put himself at the heart of all Oran’s best attacking play for the remainder of the game.

Basil Mannion’s side came incredibly close to recording a truly great escape against Boyle, and no single player was a bigger part of that than their corner forward, who racked up 1-5 in total at Orchard Park. Murray was able to find the posts from all sorts of positions, but the fact that the rest of the team scored just three times between them showed how much he needed a little bit of help.