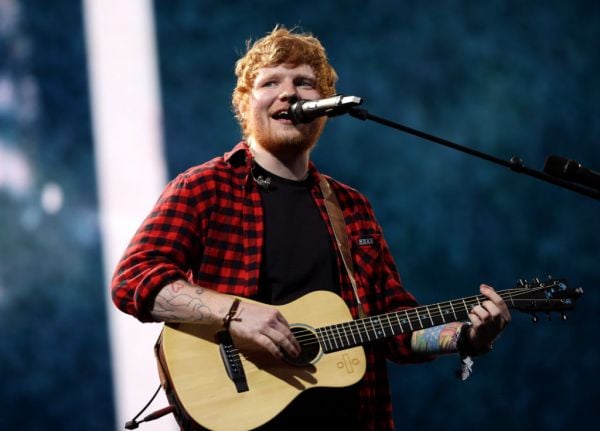 Ed Sheeran has become the first British solo artist to claim a full year at number one in the Official Singles Chart across his catalogue of hits.

The singer-songwriter has spent 52 weeks at the top of the charts across his 10 number one singles.

He is currently sitting in pole position with his hit Bad Habits, which has spent 11 weeks at the summit.

It is one of the musician’s biggest ever chart-toppers, beaten only by Shape Of You, which spent 14 weeks at number one in 2017.

I Don’t Care, his collaboration with Justin Bieber, spent eight weeks at number one in 2019, while Perfect topped the charts for six weeks in 2017 and Take Me Back To London, with Stormzy, was a best-seller for five weeks in 2019.

In 69 years of Official UK Chart history, only Elvis Presley and The Beatles have spent more cumulative weeks in the top slot.

Presley’s catalogue of hits gave him 80 weeks at number one, while The Beatles spent 69 weeks there in total.

Sheeran’s other chart-topping hits are Sing, Thinking Out Loud, River (with Eminem), Beautiful People (with Khalid), and Own It (with Stormzy and Burna Boy).

His chart record puts him ahead of other solo artists such as Sir Cliff Richard, who has spent 46 weeks at number one across his 14 chart-toppers, and Bieber, who has racked up 38 weeks in pole position with his seven number ones.

Calvin Harris, Drake and Abba have all spent 31 weeks in total at number one, while Madonna and Take That have occupied the top slot for 29 weeks.