Harry and Meghan named in Time 100 most influential list 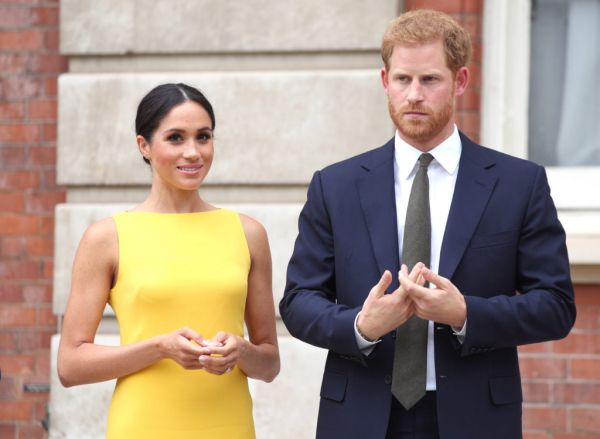 Britain’s Duke of Sussex has been named as one of the most influential people of 2021, as he celebrates his 37th birthday.

Harry appears on the cover of Time magazine alongside the Duchess of Sussex.

The couple, who are living in California with their son Archie and daughter Lilibet after they made the US their home following their decision to step down as working royals last year, feature on Time’s list of the 100 most influential people of 2021.

Meghan, wearing a light-coloured shirt and trousers, stands slightly in front of Harry, who leans on her right shoulder as the couple both look directly into the camera for the cover picture.

Another photograph shows the pair walking hand-in-hand against a forest backdrop, smiling at each other as they stroll along.

It comes as Harry was sent birthday greetings online by members of the royal family.

The Duke and Duchess of Cambridge’s official Twitter account posted a picture of him along with the words “Happy Birthday Prince Harry!”

A similar message on the Queen’s Twitter account featured four pictures of Harry, including one of the Duke and Duchess of Sussex together.

Wishing The Duke of Sussex a happy birthday today! 🎈 pic.twitter.com/W1MJC9cGBn

The Prince of Wales and Duchess of Cornwall posted three images on their official social media account, including two of Harry with his father.

The message said: “Wishing The Duke of Sussex a very Happy Birthday today!” and included a birthday cake emoji.

Harry and Meghan are likely to celebrate the duke’s birthday privately at their Montecito home.

— The Prince of Wales and The Duchess of Cornwall (@ClarenceHouse) September 15, 2021

The pair said they are “humbled” to be part of the Time 100 list.

In a statement on their Archewell website, they praised World Trade Organisation director-general Ngozi Okonjo-Iweala, who also appears on the list.

The couple said they share with her an “urgent mission to achieve worldwide vaccine equity”, calling for a “just, fair, and humanitarian approach to getting every corner of the world equal access” to Covid-19 vaccines.

The statement read: “Vaccine equity means reversing these trends and creating a level-playing field for all nations, all communities, and all families.

“The Duke and Duchess are honoured to be Ngozi’s partner in pursuing that goal and are proud to be listed alongside her on this year’s TIME 100.”

Jose Andres, chef and the founder of World Central Kitchen, paid tribute to the Sussexes in a piece for the magazine.

The past few weeks have been a busy period for the duke, who on Monday co-hosted a virtual military show, alongside US First Lady Jill Biden, to honour those taking part in the Warrior Games, a sporting event for injured US military and veterans.

Harry was inspired to found his Invictus Games after attending the Warrior Games in Colorado in 2013 and seeing how the challenge of competitive sports aided the recovery of injured members of the American forces.

He said: “I am so sorry that we’re not all together at the Warrior Games where we should be.

“The pandemic has certainly changed or flipped life upside down for so many people.”