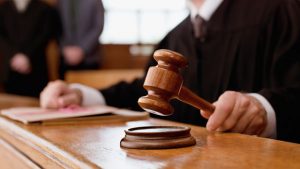 A number of prosecutions for breaches of Covid regulations appeared today at the court. Judge James Faughnan fined a number of people, and handed down road disqualifications to some of the accused during the sitting.

He was told that a young man, who is from Longford, was detected 41 kms away from his home by local Gardaí. The man told Gardaí he was in Roscommon to buy a car for his girlfriend.

“That’s not an essential reason,” the judge put it to the accused and the accused agreed. The court also heard that the man, who is in employment, had attempted to pay the fine, and avoid court, but had been just outside the time frame. He had no previous and was fully co-operative with Gardaí the court heard.

The judge directed that the man pay €200 to the Little Blue Heroes charity and the matter was struck out.

Another man detected in Ballyleague told Gardaí that he was going to visit his cousins in Longford for a party, before going to Northern Ireland and returning here, the court heard.

“And he doesn’t bother showing up,” the judge remarked.

The man was fined €500 and put off the road for a year. Another man who was in the same car was also fined €500 and disqualified from driving for 3 months. This man did attend court and was given a reduced disqualification as a result.  Recognisance was granted in the event of an appeal.

Also during the sitting, a man, who was not in court, was fined €500 for breaking Covid regulations. When he was pulled over, he told Gardaí that he was delivering groceries to his uncle, but Gardaí were aware that the man’s uncle had relatives living in the county.

A woman who was travelling to see her relatives in Castlerea from Cavan was also fined €500.