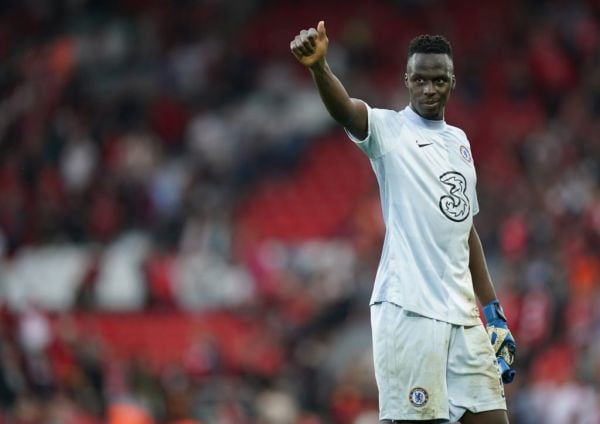 The Senegal international missed the London derby victory with a knock he picked up in midweek against Zenit St Petersburg and was replaced by Kepa Arrizabalaga, who kept a clean sheet.

Mendy’s omission was a surprise, but Tuchel said he was not right for the game that was decided by second-half goals from Thiago Silva, N’Golo Kante and Antonio Rudiger.

“We tried throughout the week and on Saturday in training it was so-so,” the German said.

“It comes from the last-minute kick against Zenit in the Champions League. It is very painful and he did not feel 100 per cent comfortable going for a full stretch or to land on it. He didn’t feel comfortable to fight at set-pieces or corners.

“So we decided to go with 100 per cent and that was Kepa and have Edou with us to be supportive and have good energy.

“I’m happy Kepa played a crucial role and kept a clean sheet. This is what he deserves and I am happy that he could.”

Christian Pulisic was also missing at the Tottenham Hotspur Stadium and is unlikely to be fit for the Carabao Cup game with Aston Villa on Wednesday.

“The game against Aston Villa is maybe too close, I hope I am wrong,” Tuchel added. “This is my impression with him not in training so far. Let’s see Monday.

“Maybe he had a good progression. Maybe it is possible. It would be super nice to have him but it is doubtful.”

The win sent Chelsea to the top of the Premier League table, a position Spurs occupied after the first three games of the season.

The international break has ruined their momentum and back-to-back 3-0 defeats have shown that there is still plenty of work to do.

Defender Eric Dier, who returned from a dead leg, said that no one was getting carried away after the opening three matches.

“I think the important thing is that we were under no illusions after the first three games that we had a lot to work on,” he said.

“And we’re the same now. We didn’t get too carried away with those results and we shouldn’t get too down now with these last two results.

“We know we have a lot to work on but I think we’re going in the right direction. There was a great 45 minutes and now we need to find the consistency where we can do that for 90.”