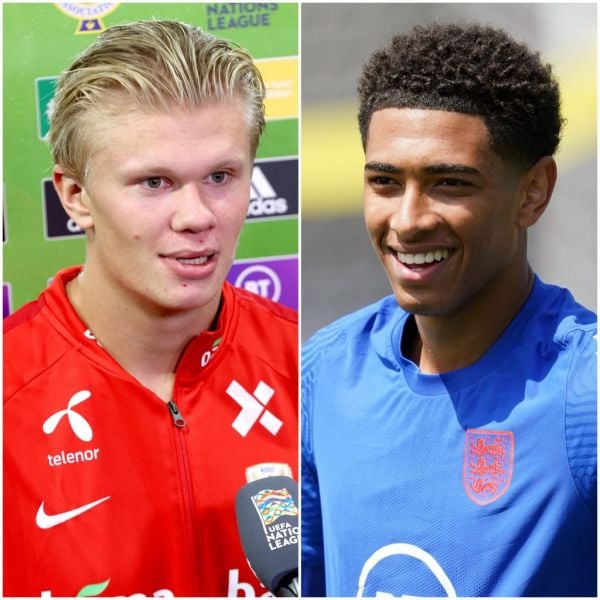 What the papers say

The arrival of Cristiano Ronaldo at Old Trafford is reportedly not an obstacle to Manchester United’s pursuit of Erling Haaland. The Expresss says despite Ronaldo’s return the club still want to sign the 21-year-old from Borussia Dortmund next summer, with United boss Ole Gunnar Solskjaer understood to be a big fan of the Norway striker.

Putting in the groundwork with Jude Bellingham could pay off for United, according to the Sun. The paper reports the club wooed the teenager in 2020, including time with Solskjaer and former United manager Alex Ferguson touring the training ground, before he opted to join Dortmund. The 18-year-old England international and his family were impressed by the Red Devils’ efforts and a source has told the Sun “maybe in the future that will work in their favour”.

Chelsea have reportedly entered the race to sign winger Kinsgley Coman from Bayern Munich. The Bundesliga side’s ex-sporting director has suggested the France international will be offloaded, with the Mirror reporting Liverpool and the Blues are on “red alert” to sign the 24-year-old.

The paper also reports, while citing Fichajes, Arsenal are preparing to bid for Club Bruges’ 22-year-old winger Noa Lang. The Gunners are reportedly willing to offer the former Dutch under-21 £20m to join them at the end of the season.

Barcelona ‘to make Raheem Sterling transfer move in January window after having bid turned down over summer’ https://t.co/mUX193iHa1

Paul Pogba: The Express says Manchester United are prepared to offer their France international £400,000-a-week to keep him at Old Trafford and make him the highest paid Premier League player of all time, but Spain’s Mundo Deportivo reports Barcelona are also ready to swoop for the 28-year-old forward.

Aurelien Tchouameni: Monaco’s France under-21 midfielder will be targeted by Chelsea and Juventus in January, according to Tuttomercatoweb.