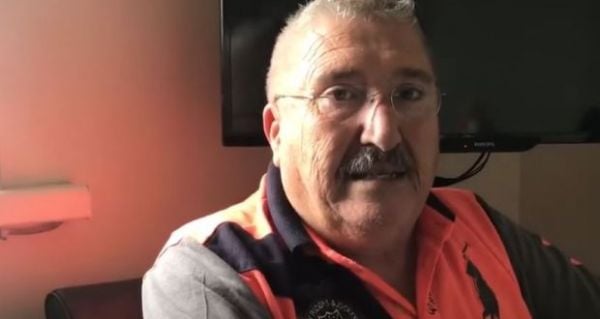 A Covid-19 patient who left a Co Donegal hospital against medical advice has died in hospital.

Mr McCarron, who was from Dungloe, had been in hospital for a number of days after contracting the virus.

A note on RIP.ie says his funeral will take place on Sunday at 12pm in St Crona’s Church, Dungloe.

His decision to leave hospital against medical advice received attention earlier this month when footage of his departure, filmed by a group of anti-vaccination campaigners, was posted on social media and went viral.

In the video, doctors are heard pleading with Mr McCarron to remain in hospital. However, the protestors tell Mr McCarron that he will die if he remains in the hospital.

The Taoiseach Micheál Martin previously commented on the video, saying: “If you get it (Covid-19), you should treat it as very serious.

“Certainly, it is outrageous that anyone would, in an ill-informed way, be advising people to leave hospital. It endangers that person’s health.”

After leaving hospital, Mr McCarron was rushed back two days later on Thursday last after having severe breathing difficulties.

He was initially put on a ventilator and had been showing signs of improving.

However, his condition deteriorated in recent days and he died on Friday.