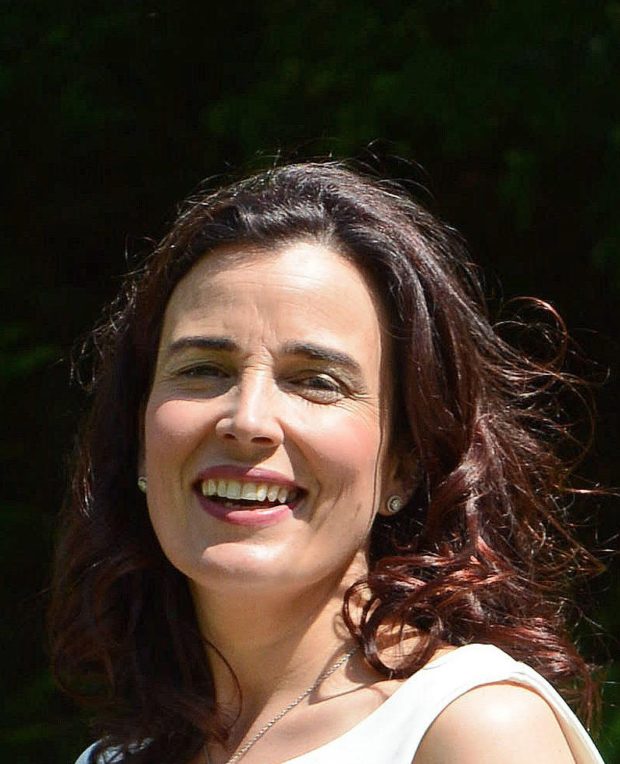 Mairead O’Shea from Roscommon Town is the communications officer with See Her Elected (SHE),

A Roscommon woman working to increase the number of women involved in politics in the county has sharply criticised a Sunday newspaper for its publication of a column mocking the appearance of female politicians at the Fianna Fáil think-in.

Mairead O’Shea from Roscommon Town is the communications officer with See Her Elected (SHE), a group that encourages women to become politically active in constituencies across Roscommon, Leitrim, Longford, Donegal and Sligo. She has branded a recent Mail On Sunday piece as “lazy and unprofessional journalism”.The column by the paper’s showbusiness editor Niamh Walsh attracted criticism for its comments about Fianna Fáil figures such as Cavan TD Niamh Smyth, Senators Erin McGeehan and Fiona O’Loughlin, and Minister for Education Norma Foley, in particular their choice of dress at the party meeting at the Slieve Russell Hotel in Cavan.

“TDs Niamh Smyth, Norma Foley and Mary Butler along with their party colleagues Senators Erin McGreehan and Fiona O’ Loughlin were subjected to an unacceptable critique of their clothes and appearance. See Her Elected recognise this for what it is – lazy, unprofessional journalism and a deliberately provocative and unhelpful act by the Irish Mail on Sunday. Women are already subjected to a myriad of obstacles on entering political life or becoming engaging in politics, without having to put up with this nonsense,” says Mairead.

“Let’s look at some facts. The weekend newspaper market and in particular the Sunday market is heavily saturated as a number of print titles jostle for position. The Irish Mail on Sunday is struggling against dominant players such as the Sunday Independent, the Sunday World and the Sunday Times. According to the most recently available Audited Bureau of Circulation (ABC) figures, circulation figures for the Irish Mail on Sunday have fallen to around 55,000 which represents a decline of 10% on the previous year and leaves them straggling behind others. In this context, what better way to help boost your circulation figures than to rattle a few cages with a provocative and headline-grabbing act such as last Sunday’s opinion piece. It is a shame that a much more measured article covering women’s groups calling for political leadership when members or candidates engage in online abuse, and which was featured just 10 page earlier in the same edition of the same paper, did not receive any attention.

“Politics can be a toxic space. While public attention is part and parcel of the role of politicians, public scrutiny should only apply when it comes to their work and conduct, not the style of their hair or the colour of their outfits. I am sure when Mary Butler or Niamh Smyth wake up in the morning, they have more to be worried about than whether their pink or orange dress is going to cause a Twitter meltdown. Female politicians, just like their male counterparts, are busy professionals, representing their constituents, and getting on with a myriad of other things. We need to call out this type of harassment for what it is. Abuse. Indeed, all politicians and party leaders need to stand up for their colleagues when this type of abuse is levelled.

“Ireland is ranked 101st globally for female parliamentarians. Women account for just 22.5% of TDs and 40% of Senators. Just four of the 15 Cabinet ministers are female. Of the 949 county councillors in Ireland, just 241 or 25% are women and that figure is even lower in rural counties than urban centres in Dublin. The SHE (See Her Elected) Programme seeks to empower more women in rural counties of Longford, Roscommon, Leitrim, Sligo, Donegal, and Westmeath to engage in electoral politics and also examines barriers to women entering politics.

“Like it or loathe it, cultural institutions such as the media do play a significant role in shaping society’s perception of women politicians and this type of gender biased article is unhelpful.

“We need to empower women to achieve entry to the political arena, as this will bring more balanced decision making. Our council chambers need to reflect the society they represent. They need to be more diverse and inclusive, with women from ethnic minorities, disabled women and Traveller women being represented.

“The unique perspectives of women do not need to be feared but rather embraced as part of a collective strength which can only benefit and enhance the political system. Surely that’s what matters more than the (non-existent) creases on Senator Erin McGreehan’s green dress,” says Mairead.