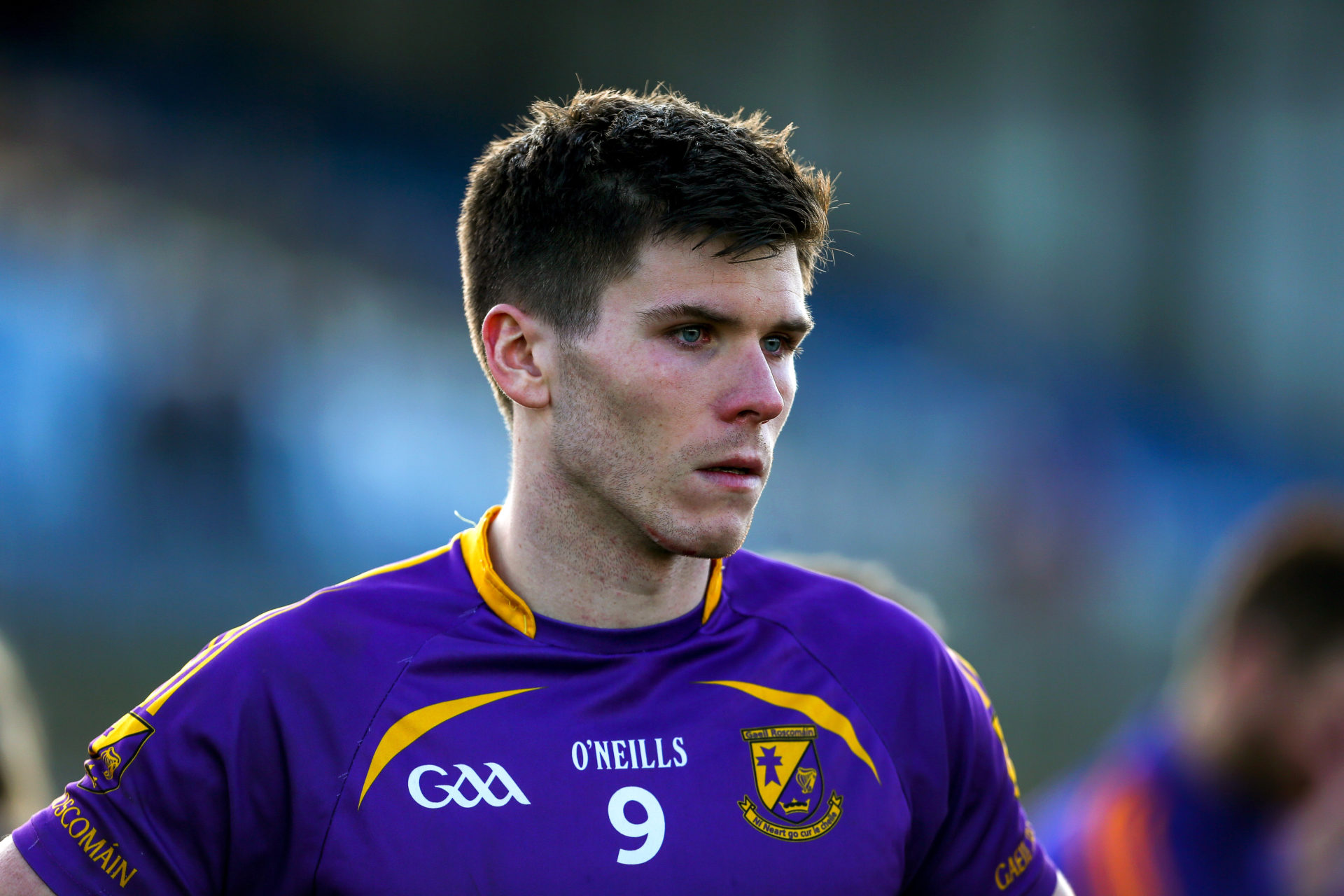 Mark Healy kicked the winning point for Roscommon Gaels against Oran this afternoon.

Pádraig Pearses have set up a repeat of the 2020 Roscommon SFC final against St. Brigid’s following their 2-9 to 2-5 victory against Boyle in this afternoon’s quarter-final at Dr. Hyde Park.

The two South Roscommon rivals will clash in this year’s semi-final in two weeks’ time, as will Roscommon Gaels and Clann na nGael following the Gaels’ dramatic one-point victory against Oran.

Donie Smith, an opportunist effort gifted to him by Pearse’s goalkeeper Paul Whelan, and Tadhg McKenna grabbed goals inside the first 18 minutes for Boyle. But David Murray’s three-pointer on the stroke of half time proved to be a match-defining score as it brought the sides level at 2-3 to 1-6.

Boyle never got motoring in the second half and only had a couple of placed balls from Donie Smith to show for their efforts. When Lorcan Daly cracked a 33rd minute shot to the net, Pat Flanagan’s side never looked back, and they duly prevailed without being unduly troubled by their North Roscommon opponents.

Mark Healy’s late point gave Roscommon Gaels a famous 2-5 to 1-7 win against Oran in the second of this afternoon’s quarter-finals in the Hyde.

Oran will rue a host of missed opportunities, despite getting a dream start through Jack Casey’s well-taken goal in the seventh minute.

But goals from Mark Healy, after Oran goalkeeper Matthew Whyte whacked the ball against his own player, and Brian Kelly handed the Gaels a 2-3 to 1-3 interval lead.

Oran improved after the break but left their shooting boots behind them, kicking 14 wides over the hour.

Connie Regan’s 54th minute effort did bring them level, but Man of the Match Healy had the last laugh with a fine score a minute from time.

The semi-finals in this year’s intermediate football championship were also confirmed after a dramatic last-gasp point from Diarmuid Murtagh handed St. Faithleach’s a 0-17 to 1-13 victory against Fuerty in a thrilling contest that required extra time in Strokestown.

Murtagh was imperious for Walter Burke’s side, saving his side in regulation time with an equalising free in the eighth minute of injury time. He ended up with 0-12 overall in a Player of the Match contribution.

Clann na nGael also booked their semi-final ticket, thanks to a 4-13 to 1-11 triumph against Creggs at Athleague.

A nip and tuck first half was transformed just before the break when Rian McNamara grabbed two goals for Niall Shine’s side for a 2-7 to 0-6 interval lead.

Jonathan Dunning and Darren Gately swapped goals in the second half before Kieran Connaughton confirmed his side’s victory with a fourth green flag for the winners.

Clann will play St. Dominic’s in the last four after Tomás Gilleran’s side registered a comfortable 2-11 to 2-3 victory against Kilbride in Kiltoom.

Dominic’s kicked the first four points of the game through Conor Fallon and Tommy Hurley to lay down an early marker. A Darren Clabby goal stopped the rot for Kilbride momentarily but a Darren Donnelly goal for Dominic’s left last year’s beaten finalists 1-6 to 1-1 ahead at the interval.

Donnelly added a second goal, this time from the penalty spot, and while Clabby scored a second goal for Kilbride late on, Dominic’s, who were led brilliantly by their centre-back Eoin McCormack, strolled into the last four.

Western Gaels maintained their senior football championship status, even though they suffered a major scare against St. Croan’s at O’Rourke Park, Castlerea.

Early goals from Finbarr Cregg and Dylan Kennedy hinted at a comfortable afternoon for Fergal O’Donnell’s men but they nearly imploded within sight of the finishing line as St. Croan’s, helped by Mike Holland’s goal, launched a late comeback.

Indeed, Croan’s pared back the margin to one point in the game’s dying embers, but Niall Higgins’ injury-time point gave his side a 2-8 to 1-9 victory.