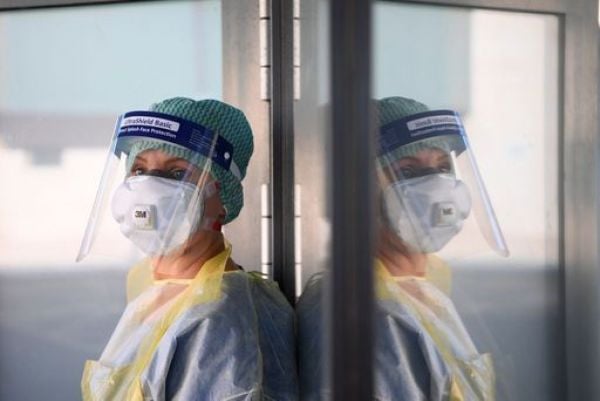 For many, long Covid is just something they have read or heard about in passing but people all across the country are suffering with the condition and the uncertainty it brings.

As doctors and researchers learn more about Covid and its long-term impact, it’s hoped more breakthroughs will be made in terms of long Covid, but it is already having an impact on the day-to-day lives of people.

For long Covid sufferers, the lack of awareness around the condition can be alienating as they try to go about their lives and make a slow recovery.

Three people suffering with long Covid spoke to BreakingNews.ie about the condition and how the symptoms have had a dramatic impact on their lives.

Common debilitating symptoms include extreme fatigue and heart palpitations, but these are just two of many and the condition varies among different people.

Caroline Gray Spellman, a 51-year-old mother of six from Newport in Co Mayo contracted Covid in December and was hospitalised from January 2nd to 26th.

She spent 12 days in critical care on a ventilator and at one point her family feared she would die.

“It was a harrowing time for my six children and my husband,” she said. 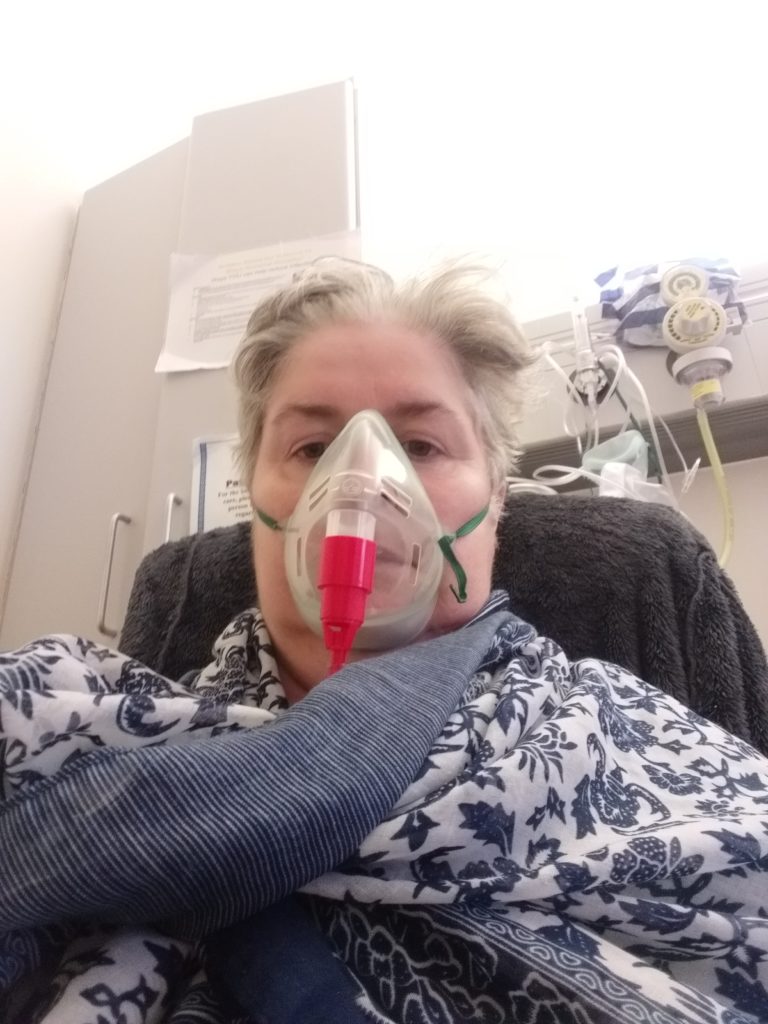 Caroline Gray Spellman was hospitalised for over three weeks after contracting Covid.

Ms Spellman is full of praise for Mayo University Hospital and the care she received there.

After being discharged from hospital she was “just happy to be alive” but soon noticed lingering symptoms.

“I lost my hair and nails, I’ve developed psoriasis all over my body, my heart palpations are awful, I’m tired all the time and my joints are very painful if I over do things.”

“I was weak, not able to dress, shower cook or clean the house… this is where my GP stepped in, her support was amazing,” she explained.

Ms Spellman’s GP regularly consulted with her for updates on her condition and helped her to identify creams to help with her skin condition.

Eventually she attended the long Covid clinic in Mayo University Hospital where she was relieved to discover no further damage to her lungs from Covid as she suffers with asthma.

Ms Spellman was again full of praise for the hospital and while she still feels she has a long road to recovery she is trying to focus on the positives including the return of her smell.

She still has no taste while the skin problems, joint issues and fatigue remain.

Dubliner Rory O’Brien, 58, is now based in Killarney, and he works fixing ovens and other kitchen appliances.

He describes himself as someone who rarely got sick and was full of energy, living an active lifestyle.

However, long Covid has changed his life.

Mr O’Brien contracted Covid in March 2020 and after recovering, he noticed a number of symptoms were lingering.

“I was freezing, then I had brain fog, silly things would confuse me. I left the oven on numerous times overnight, that kind of stuff. I lost stuff a lot, my keys when they’d be in the ignition of the car,” he explained.

“In June I collapsed at home, took out my eyebrow in the process and banged my head. Then I got into hospital for testing, and they ran all the tests, MRI, full blood work, blood pressure, heart rate, the full work. They discharged me after a few days and said, ‘look, there’s nothing wrong with you’.

“He said there was only a slight elevation in blood pressure and heart rate but to just give it time.

“I left and then in September I had the same thing again, this time I broke my nose and lost my front tooth. I ended up back in hospital, same tests. A different doctor actually complained and said I had too many symptoms to be dealing with, if I could just pick three, which I thought was ridiculous.”

Twice in Aldi I’ve gone down on one knee to pretend I was doing my laces, but I wasn’t, my legs were giving up on me

He added: “At one stage I was having a blood pressure monitor fitted and the nurse was so alarmed at my breathlessness and my tremor that she insisted I see a doctor.

“The doctor came in, chatted away, and she said what do you think it is? I said I don’t know but the research I’ve done suggests its long Covid, and she said ‘you’re probably right’ and left the room, I went out, and they charged me €50. I just thought, ‘this is a comedy of errors’.”

He has stopped passing out since then but still suffers with chronic fatigue and a number of other symptoms, which have impacted on his ability to work.

“Tremors, headaches, tinnitus — which is there all the time, headaches in varying degrees, leg pain, constantly feel like I’ve just played a match, driving can be a nightmare and I can only drive short distances. I haven’t got the energy, and it takes too much out of it, I used to think of it as just getting from A to B, but it’s now a part of my workload which I have to factor in.

“I’ve had problems with vision, my sight is a good indicator of how I am on a given day. I generally get up, make a cup of tea, stand out by the back door, have a look up and down from distance and that will tell me how my vision is. If there’s two of everything, I know I’m a bit knackered. I’ve also had hair loss, very minor but noticeable.”

Mr O’Brien says he can feel his condition improving, but progress is very slow. He feels more people need to share their stories of long Covid, so there is more understanding of the condition.

In general, he has found most people are understanding and simple acts of kindness can go a long way.

“Twice in Aldi I’ve gone down on one knee to pretend I was doing my laces, but I wasn’t, my legs were giving up on me.

“A third time I knew I was going and I just dropped my bag and went out and sat in my car, one of the lads actually came out with my messages and put them in my car, I gave him my card, and he went in and ran it and came back out again. It was embarrassing, but the kindness was nice to see.

“I have found a willing listener in a friend who I see most days, we just sit with a cup of tea and talk for half an hour or 45 minutes.

“One day I went to lift the mug and I physically couldn’t lift it, she decanted it into an alternative. The next day I came down, and she had gone to Mr Price and bought a smaller mug, that doesn’t sound like a big deal, but that made my day.”

Anti-masker, anti-vaxxers, they have to know this isn’t just something everybody just gets over in a few weeks

Mr O’Brien explained that he has learnt to manage the condition and now knows when he cannot push himself too much.

However, it has limited his ability to work as some days the drive to a customer’s house is too much of an obstacle.

“I’ve done 30 repairs over the phone, I don’t want to let people down, but I can’t drive the 20 miles or whatever to their house, so I can talk them through it.”

Overall, he tries to remain positive and hopes his symptoms will continue to improve.

“It’s very important that we get the word out there, the more people who pass on the word the better.

“Anti-masker, anti-vaxxers, they have to know this isn’t just something everybody just gets over in a few weeks, it can go on.

“When I say I’m getting better, very very slowly, I’m also getting better at controlling myself, saying ‘stop now, sit down, give it a rest, don’t do that job’.” 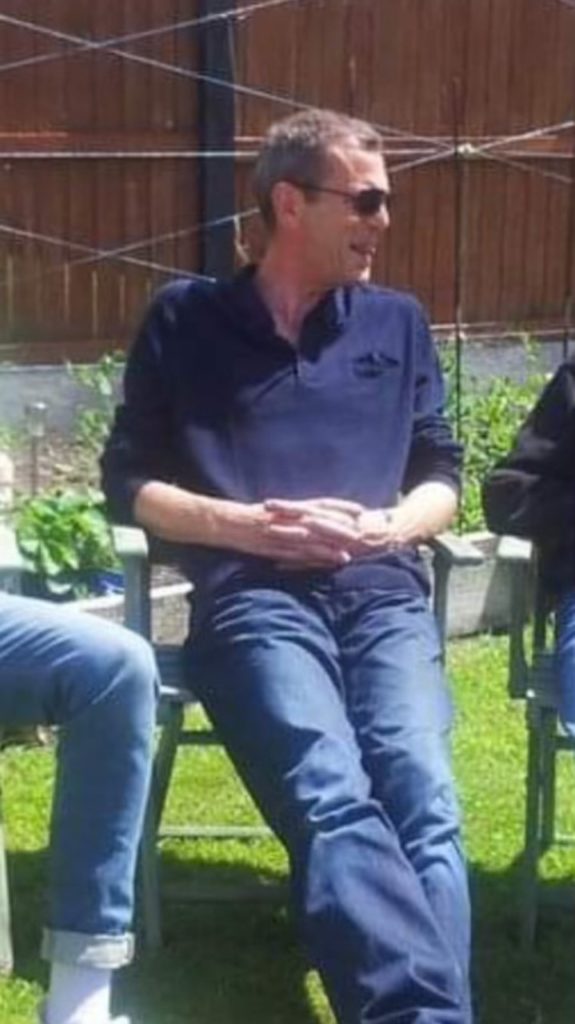 A Dublin woman, who preferred to remain anonymous, told BreakingNews.ie about her experience with long Covid while finishing her degree.

The 23-year-old said: “A week after the isolation period, I thought I was better because it had been two weeks, I went for a long walk with my friend for an hour but when I got home I started getting heart palpitations and I was sitting at my desk trying to study and my heart rate was at 160 and shooting up. I was having difficulty breathing.”

“I went for tests and everything came back clear,” she added.

“I kept studying for two weeks after that, and I was trying to get back to exercise but I kept getting headaches, my breathing pattern kept changing, and I was getting night sweats.

“I stopped studying, and then I completely crashed, I was on the couch for a month, I would have headaches constantly, they were there when I woke up and went to sleep.”

After an active exercise regime, including playing at a high level in a number of different sports, she attempted to ease her way back in with 15-minute workouts.

However, soon she realised this was pushing herself too much, and it would lead to delayed symptoms.

She now suffers with post exertion malaise, a condition often associated with chronic fatigue syndrome, which brings on delayed symptoms after different activities.

“At the end of March the fevers stopped but everything else continues to this day, heart palpitations, my heart rate is really high so I’m on beta blockers for that, I have breathing difficulties despite scans coming back clear.

“The headaches will come, and they’re there for the day, nothing helps, they’re not like normal ones where a Nurofen can help.

“I also have crushing fatigue.

“At the moment all I can do is I try to do two five-minute walks per day, and I’m trying to build up to even six minutes, even that can change how I’ll feel the next day.

“I can socialise for 20 to 30 minutes without getting backlash or punishment symptoms.”

Despite how long Covid has changed her life, like Ms Spellman and Mr O’Brien, she finds keeping a positive attitude can help and hopes her condition will improve in time.