The semi-final lineup is settled – but who made the Roscommon Herald SFC Team of the Week?

With twenty clubs in action across the senior and intermediate championships at the weekend, we’re very happy to revert to two team of the week selections this time out – and there were certainly no shortage of candidates for several key positions. Full forward and half back line positions in particular were fiercely competitive, while the first controversial note for our senior selection will be that Clann na nGael, despite putting in the best performance of any team by some distance, only get three slots. In part, this is because they were balanced all over the field, and in part, it’s because those three were so exceptional that they left very little room for their colleagues to shine!

Anyway, enough preamble! The intermediate team will be released tomorrow, but for now, here’s the Roscommon Herald senior team of the week, episode four!

A well-worked planned move from the first throw in saw Strokestown work the ball into Diarmuid McGann in front of goal, and the in-form attacker duly went for blood as he tried to pick out the bottom corner of Martin’s net. A stunning save prevented what would have been a big score and indeed a huge psychological boost for the underdogs. From there on, the best feature of Martin’s game was his kickouts, which were on the money time and again.

If you’re the parent of a young corner forward in Roscommon these days, the message to your children will be that if you’re good, Santy will bring you a brand new pair of boots for Christmas. If you’re bold, your punishment will be to be marked by Jack Connaughton for every game in 2022. The Clann defender has raised the bar to unprecedented heights when it comes to defending with focus and intensity, and a county call up can’t be far away.

A hugely difficult afternoon for the Rockfield club yesterday saw their championship season come to an end, but their full-back and talisman was carried off the battle field on his shield after another determined showing that saw him carry the fight to Roscommon Gaels, even while marking the main man for the town side. 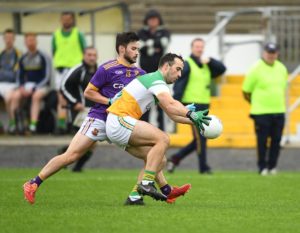 Sir Alex Ferguson used to refer to former Ireland international Denis Irwin as “the type of player who wins you league championships; they show up every day and rarely give you less than eight out of ten”. Gavin Downey is that player for Pádraig Pearses right now.

There’s simply no substitute for pure, electric pace, and McGrath has that rare quality. Add in a really good eye for reading a game, a great sense of timing and great discipline in the tackle, and you have a top quality defender.

Once again, the Pearses defender was immense, always in the right place to disrupt Boyle’s attacks and knowing when to get forward, resulting in the most important goal of the contest on the stroke of half time. Pearses are beginning to rediscover the edge and focus that made them so successful two years ago, and if they can channel the sense of disappointment they felt after last year’s final, they’ll be hard to stop next time out. Murray was one of their big names who underperformed in the 2020 decider, but it looks like he’s ready for redemption.

His performance over the course of the full hour was very impressive, both individually and as part of a Roscommon Gaels half-back line that was absolutely elite in terms of quality and execution. However he also produced moments – like his 50 metre pass right into Mark Healy in the build up to Brian Kelly’s goal – that completely sets him apart from the crowd.

Sunday saw Kilcline at his very best, covering every inch of grass at Dr. Hyde Park and relentlessly wearing down Oran in what was a very important sector of the field for them all year. Without that platform of possession, the quality of the chances created by Oran weren’t as good, which was a huge factor in their tally of 14 wides.

This was Nolan’s first start of the campaign, having played just ten minutes against St. Croan’s so far, but he slotted right into midfield and took control of that vital sector. In a tough, physical battle, he was a powerful presence under the kickout, while he ran hard and decisively at the Strokestown defence to great effect. His two second half points, either side of Brian Derwin’s goal, were absolutely crucial in helping St. Brigid’s over the line. 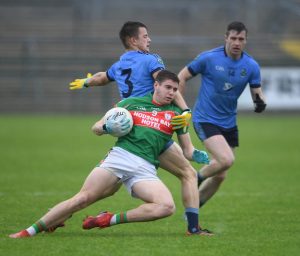 Lined out up against Gary Patterson, one of Michael Glaveys’ key players, Emmet Kenny’s performance was utterly immense on Saturday afternoon. He kicked four points of his own, including three in the first half when the Johnstown club put Glaveys to the sword, while also chipping in with three assists. He almost added a goal that would have gone viral around the internet all week, but his reverse flick at the end of a slick passing moved bounced a foot or two the wrong side of the post.

On a day where control and basic execution of the simple skills of the game in difficult conditions was paramount, Carty was the right man in the right place for Pearses. When he holds down the fort at the pivotal centre forward position like this, he makes life so much easier for the rest of the forward line around him.

There were plenty of Boyle players who, once again, failed to produce when the pressure came on in a big knockout fixture against one of the southern powers. No such accusation could be levelled at Smith, who emptied his tank and could not have done more for his team’s cause. His goal, his free from off the ground out on the sideline, these were moments of class that were akin to Shane Lowry’s putt the previous evening in the Ryder Cup to win a point. All around him, players were struggling for form but he still made sure to do everything in his power for the cause.

For the first 30 minutes of Saturday’s game, the only word to describe Lennon was flawless. The timing of his runs, the execution – he took eight shots, scored eight points – and the fact that everything he did was exactly the right option, performed at a very high speed, it was all a microcosm of Clann’s performance as a unit. It was a joy to watch, and while he completely lost his way after half-time, it was still a fantastic showing.

Though notionally a full forward, Healy operated as something of a three quarter forward, taking the position of a 14 but playing the type of anchor, playmaking role that you might expect from an 11. He has been the leading light by some distance for the Gaels this year, and again was the star man yesterday (Sunday). 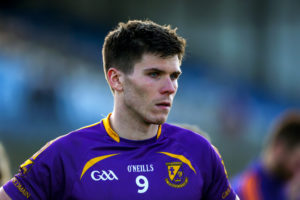 The return to form of Paul Carey has caught a lot of the county’s attention, but less conspicuous has been how Carey’s performances have opened up more space and opportunities for his colleague, who is also beginning to look like the player that forced his way into the county panel over the course of the 2019 club campaign. Scoring 0-2 mightn’t leap off the page, but he was involved in so much of Pearses’ best attacking play.

Filed under: Roscommon Senior Football Championship, Team of the week