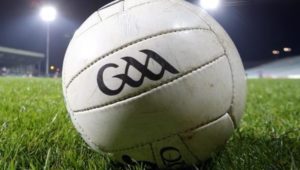 Roscommon GAA has confirmed a venue change for one of the county’s important championship games this weekend.

Tonight’s Junior A Football Championship quarter-final between Roscommon Gaels and St. Dominic’s has been moved from Ballyforan to Strokestown, with a later 8.15 p.m. throw-in time.

The Junior A quarter-final action continues on Saturday with St. Joseph’s and Kilglass Gaels squaring up to each other in Ballyleague at 4 p.m..

On Sunday, St. Brigid’s and Western Gaels clash, in a repeat of last year’s semi-final, in Enfield at 1 p.m.. Later on Sunday, St. Michael’s meet Pádraig Pearses in Rockfield at 4 p.m..

Both this weekend’s intermediate and senior football championship semi-finals take place in Dr. Hyde Park on Saturday and Sunday.

*Stay in touch with the Roscommon Herald online this weekend