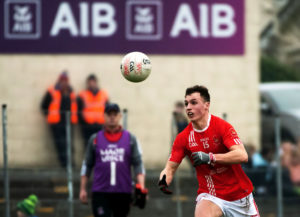 Pádraig Pearses will take their place in the Hodson Bay Hotel Roscommon SFC final for the third time in as many seasons later this month after they came through a thrilling encounter with St. Brigid’s this afternoon, prevailing by 0-18 to 2-10.

The 2019 county champions exploded out of the blocks, firing the first five points of the game, but a sensational goal from Paul McGrath undid most of the damage from a St. Brigid’s perspective.

Key midfielders Conor Daly and Brian Stack were sent off in separate incidents midway through the first half, both on the back of straight red cards, and the space that opened up on the Dr. Hyde Park pitch as a result was a key factor in Ben O’Carroll slotting home a second goal for the Kiltoom and Cam parish club.

Pearses responded well however, drawing level by half-time (0-9 to 2-3) and adding three more at the start of the second half, all from the boot of Conor Payne.

St. Brigid’s came roaring back and kicked some majestic points to edge their way into a two point lead, with Paul McGrath, Shane Cunnane and Ben O’Carroll all very much to the fore for the club. However Pearses had a little bit more firepower off the bench and a couple of superb scores from Emmet Kelly, another point from Seán Ryan and a clutch free kick from Hubert Darcy saw them through a very tense finish.

In the first half of today’s double bill at county headquarters, St. Dominic’s wreaked havoc in the first 20 minutes of their intermediate semi-final clash with Clann na nGael B, rattling in four goals to move out of sight.

Daire Keenan (1-4), Darren Donnelly (2-4) and Conor Fallon (2-6) were all in sensational form for Tomás Gilleran’s side and while goals from Ross Naughton and Callum O’Brien, both set up by David Flynn, reduced the gap slightly before half-time, there was always a considerable gap between the teams throughout the second half.

In other significant games today, Kilglass Gaels were surprisingly beaten by St. Joseph’s in the quarter-final of the junior championship, 1-10 to 1-8, while there was also a shock result in the semi-final of the Minor Division One championship, where Roscommon Gaels put two previous defeats to Michael Glaveys/Éire Óg this summer behind them to register a 2-20 to 3-3 win.