Local mother passes away after four year battle with illness 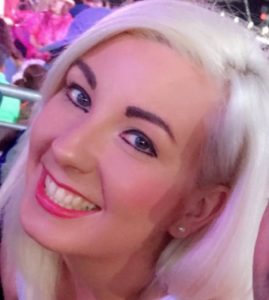 A young Leitrim mother who fought the “fight of her life” for four years after being diagnosed with a brain tumour has passed away.

Lisa Marie Cullen of Yonkers, New York, formerly of Tullycorka, Spencer Harbour, Drumkeerin, Co. Leitrim passed away on October 10th, 2021. She was 30 years old. Born in Sligo General Hospital to Fintan and Gabrielle Cullen, Lisa was the youngest of three children. She was raised on the family farm in Tarmon Co. Leitrim where she attended Tarmon National School and Lough-Allen Secondary School Drumkeerin, where she graduated to IT University College Sligo. After graduating she moved to Galway and worked various jobs.

At 21 Lisa’s curiosity and adventurous spirit led her to New York. She decided to follow in her older brother Tony’s footsteps and settled in Woodlawn. Lisa’s energy, determination and strong work ethic would lead her into the bar and restaurant business. Lisa’s inner and outer beauty, her warm personality and kind heart lit up every bar she worked in. Her success as a bartender was only the finest and every bar owner sought her.

Lisa’s most recent job was at the Heritage. She loved the patrons and making them feel comfortable and at home. Not only did she pick up the day trade for the bar she also picked up the love of her life, her fiancé Paul. Lisa and Paul began dating in 2016 and before long they were gifted with their beautiful child Kayden.

In November 2017 Lisa received life changing news, not only for Lisa but for Paul, and their unborn son. She was diagnosed with a brain tumour. She would face the fight of her life. Throughout it all Lisa never let it change her spirit and she fought bravely with Paul and baby Kayden by her side the whole time.

Sadly Lisa’s fight would come to an end on Sunday. During her journey Gabrielle, Fintan and her fiancé Paul never left her side and she was constantly surrounded by her loving family, friends and the Parish of St Barnabas led by Fr. Brendan Fitzgerald. The support from all never wavered throughout her courageous journey.

Lisa is survived by her fiancé Paul Friel, her son Kayden, her parents Fintan and Gabrielle, her brothers John and Tony, her sister in-law Sharyn and John’s partner Paula. She will be missed by her nieces and nephews, her many friends, the parish of St. Barnabas and everyone who knew her.

A celebration of Lisa’s life will take place at the Pelham Funeral Home located at 64 Lincoln Avenue, Pelham, New York on Thursday October 14th from 4-8pm. A Funeral Mass will take place at St. Barnabas Church located 409 East 241st Street on Friday October 15th at 10:45 am. Lisa’s remains will be repatriated home to Co. Leitrim on where she will interred in Drumkeernin on Tuesday, October 19th following funeral Mass at St. Brigid’s Church, Drumkeerin at noon. In lieu of flowers donations may be made in Lisa’s name to the Kevin Bell Repatriation Trust.