Full easing of restrictions in doubt as Covid numbers rise 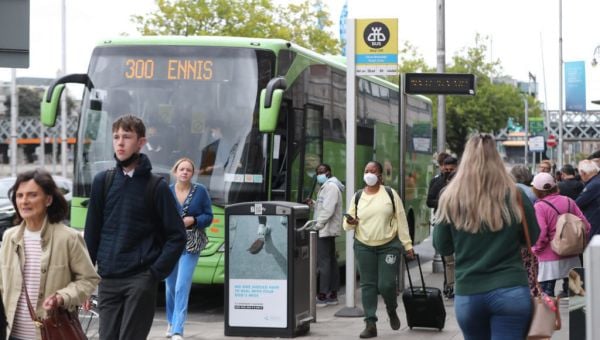 Concerns over escalating Covid infections and risks to the health system have cast doubt on plans to remove almost all restrictions in just over a week’s time.

Senior officials and political aides were on Wednesday briefed by the National Public Health Emergency Team (Nphet) that the path of infection had taken an unexpected negative turn, and that all key indicators of the disease were now performing badly.

Sources across Government told The Irish Times that no final decisions had been made, and that they still hoped to be able to proceed with the final unwinding of restrictions on October 22nd, but the Taoiseach struck a cautious note.

“The presentation by the deputy chief medical officer [Ronan Glynn] was a serious one. The trajectory of the disease has taken a wrong turn,” Micheál Martin said. Asked if he could confirm that the next phase of reopening would proceed, he said: “I can’t guarantee [that] right now.”

The removal of social distancing guidelines, which would open up capacity in the bar and restaurant sector, and the reopening of nightclubs, are among the final restrictions scheduled to be lifted.

However, concern is growing in the health service about the impact of a significant wave of infection even if it weren’t to reach the level associated with the first and third waves.

According to The Irish Times, Tánaiste Leo Varadkar told his parliamentary party meeting on Wednesday night that the rising numbers were a “cause for concern” and the metrics are “worrying and going in the wrong direction”.

The decision on reopening would be made on Tuesday next, he said. Mr Martin told a meeting of his party there were “some issues of concern” and that there had been a “sudden increase of cases and mortality”.

Nphet is to meet next Monday before giving advice to Government. Further advice on booster shots is also expected in the coming days.

Meanwhile, Minister for Health Stephen Donnelly is self-isolating after showing mild symptoms of Covid-19, although in a test the virus was “not detected”, his department said.