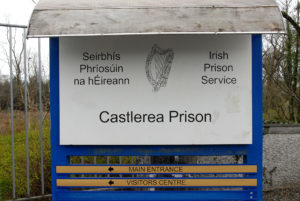 New figures show that there were 320 assaults in prisons across the country in 2020.

There were 250 assaults involving prisoners attacking other inmates, including 44 assaults in Castlerea prison and 29 in the Midland Prison, Portlaoise.

There were also 70 assaults by prisoners on staff.

Jim Mitchell, from the Prison Officers Association, highlighted that several staff had suffered serious injuries over the years.

“Anything that can be used as an ordinary domestic product could be turned into a weapon by prisoners, and are done on a regular basis.

“Puncture wounds, punches – even something as vile as being spat at,” he said.