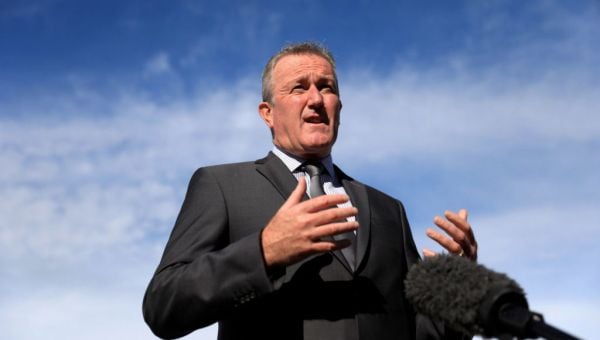 The DUP’s unlawful boycott of cross-Border meetings has been described by the North’s Finance Minister as “cutting off one’s nose to spite one’s face”.

Conor Murphy made the remark as he told MLAs that he had to bring a paper seeking approval for £1 billion (€1.18 billion) of EU peace funding to an earlier meeting of the North South Ministerial Council (NMSC) to ensure that some of the money was not lost.

The DUP has vowed to disengage from the structures of the NSMC, apart from meetings on health issues, as part of its protest against Brexit’s Northern Ireland Protocol.

Despite that ruling, DUP Agriculture Minister Edwin Poots did not participate in two planned virtual meetings with Irish ministerial counterparts on environmental issues on Friday.

Under Stormont rules, such meetings with the Irish Government cannot proceed without the participation of both a unionist and a nationalist minister from the Northern Ireland Executive.

However, a meeting of the NSMC to discuss health issues did take place on Thursday, at which the £1 billion Peace Plus Programme was approved.

Mr Murphy explained how the funding was progressed during ministerial question time at Stormont on Monday.

He said: “The meeting that was intended to deal with this was due this Friday. It was the SEUPB (Special EU Programmes Body) sectoral meeting.

“In the expectation that the DUP were going to continue the boycott and also to ensure Executive approval was in place, I asked the Executive to take the paper by urgent procedure.

“I also asked the Health Minister to bring it to his meeting with the health and food safety body to ensure that meeting which was going ahead was able to provide the necessary clearance.

“It is a huge funding programme which will benefit communities across the North. The potential for it is enormous.

“To continue to interfere with that is cutting off one’s nose to spite one’s face.

“It was risking the rollout of that programme which is based on a spend per year, so anything which was lost in the first year if it was delayed goes back to where it came from. It isn’t kept for continuation of use.”

Mr Murphy was also asked about the impact of Brexit on funding from the EU to Stormont.

He told MLAs: “The impact of Brexit on funding has not been a positive one.

“In its 2017 manifesto, the Conservative Party promised a full replacement for EU structural funds via the Shared Prosperity Fund.

“However, we have been excluded from the policy, development and design of this fund and it’s likely to be delivered centrally by Whitehall, bypassing the Executive.

“The result is a £70 million annual loss to the Executive spending power.”

Mr Murphy added: “It is a very unsatisfactory issue, we have continually raised it with the Treasury.

“I was over last week with the Scottish and Welsh finance ministers and we pressed the chief secretary to the Treasury on our dissatisfaction for how this funding is operated.

“It leaves us that those groups are competing with other groups from England, Scotland and Wales and the Executive has little or no influence over the distribution of that money.”