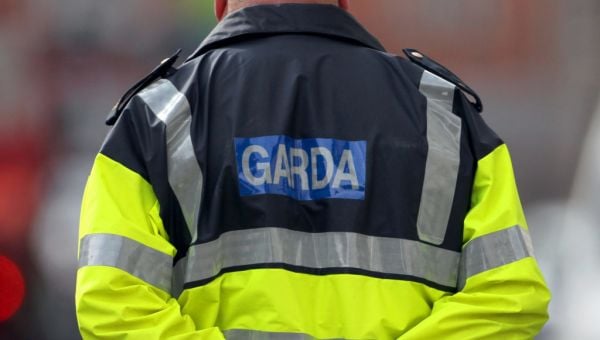 A man who was a serving Garda when he attacked and tried to choke his former partner while he was “off his face” on cocaine has received a three-month jail sentence.

The man, aged in his 30s, pleaded guilty at Dublin District Court to trespass and assault causing harm to the terrified woman, who thought he would kill her. He has left the gardaí since the incidents in 2018.

Following a request by counsel for the Director of Public Prosecutions (DPP), Judge John Hughes ordered that the former garda cannot be identified as the victim’s children were witnesses. The children had also tried to protect their mother and stop the attack using toy Power Ranger swords.

The man was prosecuted following an investigation by the Garda Ombudsman (Gsoc).

The former garda, from Leinster, faced the judge throughout the hearing and did not address the court.

The victim’s impact statement outlined the profound effect his domestic violence had on her and her children. She also believed he had been dealt with differently because he was a garda.

She described how she and her family remain in fear, and the delay in getting the case to court also impacted her emotional and mental health.

In evidence, Gabriel Christle, the Gsoc designated officer in the case, said the woman and her children came home and found the accused asleep in the sitting room.

Mr Christle agreed with prosecution counsel, Diarmuid Collins that one of the children tried to wake him. The accused pushed one of them and cursed.

One of the children tried to pick up a music player, but the defendant attempted to “wrestle her son to get the iPod”. The mother intervened, but he “pushed her against a door with his elbow to her face and his hand on her neck”. He still wanted the music player, and the victim recalled he “looked off his face” on drugs.

The judge heard the victim was choked by her ex-partner and thought he was “going to kill her”.

The court was told her children ran into the room and started striking the man with their toy Power Rangers swords. “They started to hit him on the back to get him off her,” Mr Christle said.

She suffered “massive” bruising to her face and had two broken fingers. Judge Hughes examined photos of the injuries.

The second incident happened nine months later when he turned up at her house following an exchange of text messages. He banged on the door crying and “screaming through the letterbox”. He then threw objects, including car keys, at her house.

Interviewed by Gsoc, the man, who had no prior convictions, initially denied inflicting injuries.

Pleading for leniency, his barrister said his client had become addicted to codeine and cocaine. He also suffered from acute anxiety, depression and adjustment disorder.

He was also involved in voluntary community activities, had a supportive family, and had a reference, which counsel submitted to the court. He also wrote a letter of apology, but his victim did not want to see it.

Judge Hughes said the fact that he was a member of An Garda Síochána at the time of the incidents was an aggravating factor. His drug use was, he said, “a symptom that tentacles of criminal gangs are permeating all levels of society, not only those sleeping rough in bags but those in leafy suburbs”.

The judge imposed a six-month sentence but suspended the final three months on condition the officer keeps the peace and does not re-offend for two years.

In addition, he must remain under the supervision of the Probation Service, attend an approved addiction treatment centre and anger-management counselling. He was also ordered to engage in education to obtain future employment.

He was also ordered to pay €1,000, via Gsoc, to his former partner and have no contact with her unless he has a court order. In the event of an appeal, the judge set bail in his bond of €500.