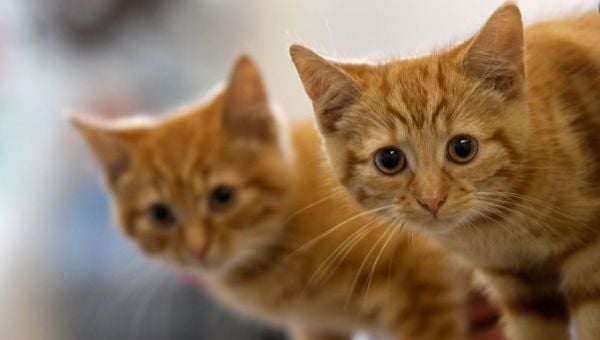 A man has said he was asked to pay €75 per month in “pet rent” to keep his two cats in a new rental development in north Dublin.

Roy Ferris viewed an apartment with his partner at the weekend at the Griffith Wood development in Marino. He was told he would have to pay €75 per month to keep his cats Iris and Isaac there, on top of €2,550 in rent and parking fees of €100.

The issue was initially raised on RTÉ’s Liveline programme on Monday.

“Myself and my partner were thinking of moving homes and within this new development there was a two-bedroom apartment advertised for €2,250,” Mr Ferris told The Irish Times.

“I registered my interest and a lady got back to me and said ‘we’re having viewings, would you like to come along?’ and I said yes and she said ‘do you have any pets?’ and I said yes I have two cats but nothing was mentioned. The advertisement had said it was pet friendly.”

He said there was a pet bed for a dog or cat in the apartment and when his partner asked about keeping them she was told they would have to pay a fee.

Mr Ferris said he has been renting for the last 10 years in Ireland and had never heard of “pet rent”.

“They called it pet rent, they told me it was an American thing. I said ‘well I’m not American, I live in Dublin.’”

Greystar, the real estate developer which purchased more than 300 homes on the Griffith Wood scheme, told The Irish Times: “While many rental properties do not allow pets or limit them to certain sections, Greystar is pet friendly and allow residents to keep their animals in their homes. Monthly fees or deposits are the norm for modern developments which permit pets and we charge a monthly fee for pets such as cats or dogs which roam freely in apartments.”

“The total monthly fee of €75, which is for one or more pets, is to cover soiling and additional wear and tear caused by the pets. There is no fee for pets which remain contained such as gerbils, hamsters, birds etc.”

The Labour Party has called for a blanket ban on pet rent. Labour Senator and housing spokeswoman Rebecca Moynihan said the practice must be stamped out.

“Charging ‘pet rent’ is yet another example of the power imbalance in the rental market between renters and landlords,” she said.