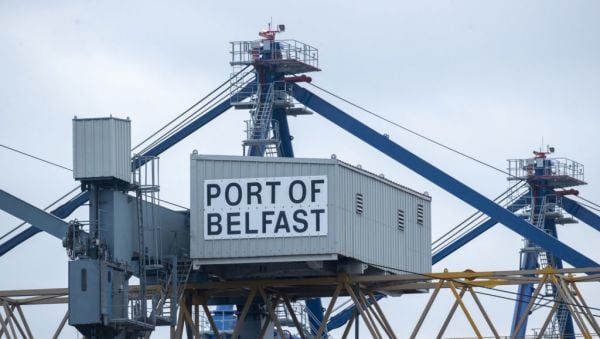 A young harbour seal that sparked concern after it was spotted in Belfast Lough with a drink can lodged in its mouth has been assisted in Scotland.

Unsuccessful efforts were made to help the seal when it was spotted in Belfast Harbour earlier this month.

It has now emerged that over the weekend military police at a base in Clyde on the west coast of Scotland were able to approach the seal and remove the Red Bull can from its lower jaw.

A spokesman said: “MoD Police Clyde Marine Unit officers freed this animal in distress and would urge people to take extra care in how they dispose of their rubbish near any waterway.”

Earlier in the month there were unsuccessful attempts to help the seal by the Lagan Search and Rescue Team, working with police, Belfast Independent Lifeboat and charity Debbie Doolittle’s Wild Life along with specialists from Exploris Aquarium Seal Sanctuary.

The seal had last been spotted in Belfast close to Harland and Wolff shipyard last Friday, when the can was still stuck in its mouth.