The Cunniffe Cup is Athleague’s – but who makes the Roscommon SHC Team of the Year?

For the hurlers of Athleague, the season is a long way from over yet, but regardless of how they fare in the Connacht club championship next month, 2021 will be regarded as a year of great success for the club. Junior and minor championship glory – albeit the latter shared with Tremane and Oran – would normally be a decent return by itself, but their 3-12 to 0-15 win over Tremane in a fantastic county final occasion means these are heady days for the boys in blue and white.

Yet when we sat down to think back on the Kepak senior championship as a whole, reading back on all the match reports from the pages of the Roscommon Herald over the past few months, this was a competitive championship where ever club had their good days – consequently the first of our “Team of the Year” selections has just four Athleague players, which will no doubt be a source of some disgruntlement.

And so, after more ado than was necessary, quite frankly, here’s the 2021 Roscommon Herald senior hurling team of the year!

Fallon’s return to action this year was one of several reasons why Pádraig Mannion’s side was widely expected to climb back to the top of the tree in the county – and he certainly didn’t disappoint over the course of the year, making some smart saves and causing havoc with his long and accurate restarts. There’s no doubt that regardless of who takes over the county senior hurlers in 2022, they’ll be making a call to this man to see if he can be coaxed into a return.

There were two full backs that were outstanding all year, and in the absence of a standout corner back to the same extent, we’re going to shunt the Pearses defender across the line into the right corner. His penalty miss in the club’s shootout defeat to Athleague will no doubt play on his mind a bit, but it shouldn’t take away from an outstanding season in which he dominated his sector against every opponent.

The club captain was as brave and fearless as ever in their final against Athleague, even though he’ll be a little bit disappointed with the manner of Robbie Fallon’s crucial goal in the second half. Nonetheless it seemed like every Tremane game this year featured their full back making a series of high catches and relieving clearances.

Connaughton wasn’t as prominent as the two men that precede him in this selection, but there’s a lot to be said for a tidy corner back that goes about their work and simply shuts down their direct opponent with little or no fuss, which was the hallmark of his play this year.

Connolly started the year in the corner but moved out to the half back line and seemed to grow more and more influential with every passing game. Whether it’s in the blue and white of Athleague or the black jersey of Fuerty, Connolly is a no-backwards-step player that has mastered the art of defending with tenacity while at the same time staying on the right side of the referee’s whistle. 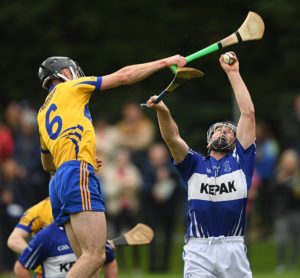 Every team in the championship had strong performers in this position, and there’s no doubt that Hugh Rooney (Oran), Micheál Kelly (Four Roads) and Eoghan Coyle (Athleague) all had better years than some of the other players that made this 15. However there’s only room for one centre back, and it had to be Brennan after he lorded the skies in every game he played.

2021 in Athleague was all about integrating new players and getting another tune out of several men who are closer to their 40th birthday than their 30th, but there was also a significant improvement in some of their younger players who weren’t new to senior hurling, but needed to step up to the next level. Naoise Coyle was one of those, and he looks like he’ll be a key player for club and county for a long time to come.

Glynn was nowhere near as influential as he would have liked to be in the county semi-final, but he was simply too good in their games against St. Dominic’s and Oran to leave out of this team. Take form out of the equation and strip it all down to just natural hurling ability – there aren’t too many players in Roscommon that would be striving for county selection across the river in either Westmeath, Offaly or even possibly Galway. Glynn is in that bracket. 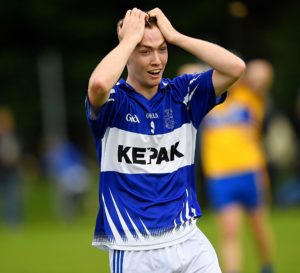 He had his share of misses at key moments, but McGahon never let it rattle him, he kept coming back for more and kept hurling clever ball through to his forward division. The Athleague captain led by example in 2021, and will only get better as he adds strength and maturity to his game.

He’s not quite at the same level as Daniel Glynn, but like his Pearses counterpart, Egan proved over the course of this campaign that he would have been a huge addition to the Roscommon county panel this year, had Johnny Keane saw fit to include him. He could not have done any more for his club in their heartbreaking stoppage time defeat to Tremane in the quarter-final, with Egan very much to the forefront.

The wily Lorrha native added some craft and know-how to a key sector for Athleague in 2021. As we mentioned earlier, it’s the done thing in hurling now for a team to put one of their best players out at centre-back, so O’Meara never had an easy opponent this year. Even so, he found ways to keep play moving and to counteract the influence of some dominant markers.

If Mulry hadn’t got injured in the lead up to the club’s semi-final clash with Tremane, this championship probably would have played out very differently. Mulry is a natural hurler, a prolific accumulator of points, and well able to win his own ball. Even in a team where Cathal Dolan is expected to lead the attack every time, Mulry was the best player in the side this year.

A senior league title represented a positive step for the Oran club, who were much improved under the guidance of club stalwart Kieran Farrell this summer. Lack of depth was still their undoing, but their key players were still well able to mix it in any company – and Kenny was the best of them. He has a great eye for a score and is well able to win good and bad ball with equal dexterity. 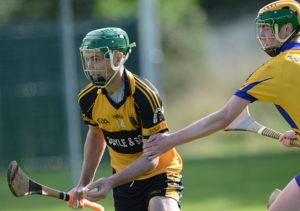 With his incredible range and height, not to mention his strong positional sense, Mulry was an outstanding target man for his club this year and rattled in more than his fair share of goals. Four Roads have struggled to get this line right in recent years, but unless there’s a radical change in tactics or personnel, they’ll build around their target man for 2022.

Eoin Kiernan of Roscommon Gaels was definitely in the mix here after a good year in difficult circumstances, though his inexperience showed up on a couple of occasions.

Kilroy was also togged out at full forward rather than in the corner, but if we had to pick a team, it would make far more sense to switch Kilroy out into the corner and to leave Brendan Mulry on the edge of the square.

Watching Kilroy tear the Athleague defence apart in the first half of the county final must have been bittersweet for Roscommon hurling followers, who know that he would be a huge addition to the county set up if he had the time and scope to concentrate on the small ball.