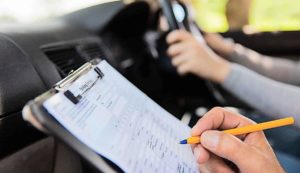 It is farcical that driving test examiners are let being let go, despite almost 100,000 people waiting to sit their full driving test, according to independent TD Michael Fitzmaurice.

The elected representative for the Roscommon-Galway constituency was reacting to reports that driving test examiners, who were supposedly hired in 2017 and 2018, are set to be let go in the next few months.

Speaking on the matter, Fitzmaurice said: “I have asked for clarity on this matter. Reports in the media suggest that these testers are being let go so they don’t have to be given permanent contracts. Instead, it is supposedly preferred to hire new temporary testers.

“If true, this is beyond belief – particularly given the number of people awaiting to get a date to sit their full driving test.

“Recent figures indicate that over 66,000 applicants are still waiting on an invitation to sit the test, a further 11,600 had booked their test – while over 28,000 have applied for their test, but are not yet eligible to sit it.

“It doesn’t make sense that 40 new temporary testers would be hired and then trained to a certain level, only to replace testers who have been hired in recent years.

“Figures show that almost 117,000 tests have been offered, with about 10,000 less of those being conducted so far this year.

“Common sense seems to have been thrown out the window. At a time when we are trying to clear the backlog, we are actually causing further delays with a needless turnover of testers. If anything, the RSA should continue to hire the temporary testers and retain the ones hired in previous years on permanent contracts.

“Applicants have been waiting for long enough to take their tests, with delays having been prolonged as a result of Covid 19 lockdowns etc.

“It is not acceptable that young people have to wait months and months to attain their full driving licence. Many of these applicants have job offers which depend on them being able to travel independently, and the backlog is forcing some of them to turn down these offers.

“It is imperative that the backlog is cleared as a matter of urgency,” he concluded.