For the second time in three years, and the second time in their 60-odd years of existence, Pádraig Pearses are the Roscommon senior football champions. On paper, 2-8 to 0-11 doesn’t look like a comfortable victory but in truth Pat Flanagan’s side controlled Sunday’s final, and looked like a transformed side from the team that surrendered in an anaemic fashion for the same opposition during the group stages.

Eight players from the Roscommon Herald senior Team of the Year were on the field for Sunday’s final, while six other clubs also have their flag flying in our end of year selection. In all, four players – two from Clann, one from Pearses and one from St. Brigid’s – retain their places from 2020.

So let the debate begin – what do you think of our selection?

It’s no exaggeration to say that Brady’s heroics are a key factor in Elphin retaining senior status. The Orchard Park outfit were under huge pressure this year due to an incredibly unfortunate run of injuries and absentees, and it was no huge surprise as a result that they ended up in a relegation playoff.

You could travel a long way and watch a lot of football before you’d see a goalkeeping performance like that of Brady in their relegation playoff against Western Gaels. His shot stopping, his distribution and his long range free taking were all superb. He has put himself right in the mix for senior county recognition in 2022. 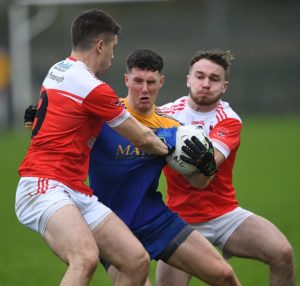 Connaughton’s return to action was one of the biggest reasons why Clann picked up a head of steam all year and reached the county final unbeaten. His laser-like focus on man-marking is unusual for the modern era, but it’s a huge weapon to any team, and a blight on opposition forwards. His lack of height is the only reason that he might struggle to go a step further in his football career and make a serious impression at county level, but he definitely deserves the chance to see what he can do at a higher grade.

The accepted wisdom going into the county final was that if Pearses could stop Ciarán Lennon, they would stop Clann. Richardson made a very decent fist of it, holding Lennon to just one point from play and forcing him to hunt for ball further out the field. Moreover, his ability to take on a task like that means that Pearses don’t have to pull David Murray out of the half-back line, where he can be a huge influence on play going forward.

On the ball, off the ball, in the air or on the ground, Lennon looks extremely comfortable and assured. After putting injury concerns behind him to come back to the fray in 2020, Lennon enjoyed a really good campaign this Autumn to pick up where he left off. He operated in a variety of positions across the back division, but did his best work in the left corner.

McGrath was part of the golden generation of new St. Brigid’s players that made such a spectacular impact on the 2020 championship, but for one reason or another, some of them struggled to carry their form into this season. There were no such concerns about the wing back, whose pace, energy and tackling technique are all right out of the top drawer. In 2020 he was too good not to be picked on the St. Brigid’s team, but now he has become one of their on-field leaders. 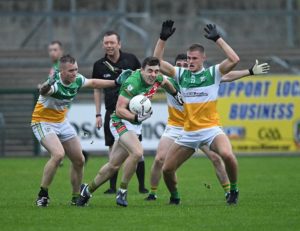 All across Roscommon, players from the county U-20 squad made a strong impact once going back to their clubs. Paddy Gavin, Daire Cregg, Adam McDermott, Ben O’Carroll and Dylan Gaughan were all particularly effective, but top of the class was the county captain. He took on the centre back role and drove his side through a really impressive group stage, and if he stays fit, it’s a stonewall certainty that he’s going to be given a chance to earn a county senior berth in the Spring.

Ronan Daly can feel a little unlucky to miss out after putting in a very decent year, as indeed can the aforementioned Gaughan, but Walsh was simply exceptional.

Like his club as a while, Murray was a little bit off the boil in 2020 and underperformed in the county final, and also struggled to stand out during their first couple of games of the year. But as the season progressed, he rediscovered the form that makes him such an important player for club and county, culminating in a very solid display in the final.

There’s very little left to be said about Niall Daly that hasn’t been put in print many times before. Simply put, he puts his heart and soul into every game he plays, and leaves a huge footprint as he goes. His excellent point to open the scoring last Sunday set the tone for what was to come from Pearses, and from Daly himself.

This was a very difficult year for the Frenchpark club, which almost ended in catastrophe. Yet they drew with the county finalists, and lost by a single score to the county champions. A lot of players lost form this year but Higgins was a force of nature for the side, dragging them through some tough games through sheer force of will. Kieran Kilcline wasn’t a million miles off getting the shout in this position either, but Higgins was that bit better, in tougher circumstances.

This berth was the one that took a fair bit of debate to settle, and if we were picking an actual team to play a game, players like Darragh Walsh and Ciarán Lawless of Oran, or possibly Richard Hughes of Roscommon Gaels, might have got the nod instead of McGann, who is at his best close to goal.

Yet on overall form, McGann was simply too good to ignore this year. He was moving well and is clearly in the best shape of his life, he has a great eye for a score and fearlessly takes on defenders. That can be a rare quality in Roscommon club football. 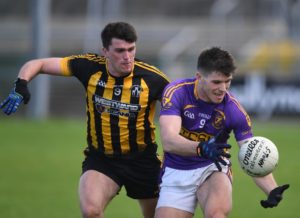 He played at midfield and he played at full forward at different times, but his role was always that of the archetypal centre forward, in the mould of a Trevor Giles or Brian McGuigan type player. All of the Gaels’ best attacking play went through Healy, and while their scoring rate was not good, that was more down to the unavailability of players like Scott Oates, Cian Connolly and Peter Gillooly, rather than any criticism of Healy’s play.

Over the course of the last two years, the youngest of the Daly brothers has gone from being a player that was working hard to get a starting place on the Pearses team, to a central and integral part of their play. Quick transition, doing the simple things right and at pace, taking a score as it comes up and putting in no small amount of defensive work is now part of the Lorcán Daly package every time he plays.

The added maturity that has seen a huge reduction in the amount of conversations he has to have with referees is no harm either.

It’s ludicrous to think that he has another year of U-20 football to play, as the St. Brigid’s corner forward is a one-man highlight reel. Defenders simply can’t handle the silky little touches he’s capable of pulling off at close range, and ending the year as the third-highest scorer in the championship, despite the fact that he only played four games, says it all.

All summer long, he was good. For part of it – the first half of the Michael Glaveys game, and the entire match against Strokestown – he was utterly unstoppable. He finished the year with 1-43 to his name, the next best was 2-21, just over half the amount of flags, and the most remarkable thing about his play was his relentless sense of knowing the right option. He kicked scores when scores were there to be kicked, he punched points when it was the right thing to do, and there was no sense of decoration or flamboyance to his play, it was just devastatingly effective.

We’ll give a shout here to Donie Smith as well, who did everything he could to try and help Boyle through their glass ceiling, to no avail. 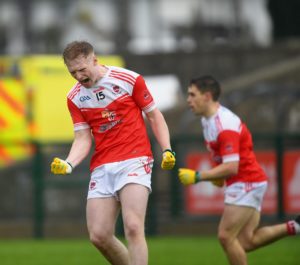 If the county final had gone differently, we might consider putting one of Cathal Heneghan or Aidan Murray into this position, but Carey’s play last Sunday made it a very simple call. The 21-year-old attacker is a physically imposing figure but he’s also devastatingly effective in front of the posts, as shown by his lethal finish for Pearses’ first goal at the weekend. If he can keep this form up in the Connacht championship, he’s another player that will be hard for Anthony Cunningham to overlook.

The Cunniffe Cup is Athleague’s – but who makes the Roscommon SHC Team of the Year?