Boyle the better bet to dine at senior table 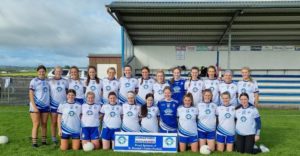 County finals haven’t been kind to the St. Dominic’s club so far this year, with both their male footballers and their camogie sides falling narrowly short in deciders. This Saturday, it’s the turn of their ladies’ footballers to try and make it third time lucky, as they prepare to take on Boyle in the county intermediate final at Orchard Park, Elphin (throw-in is at 1.30 p.m.).

After losing last year’s final to St. Brigid’s, the Abbey Park-based club won’t lack big day experience. In what was a very disappointing year for the county side, Saoirse and Roisín Wynne proved that they continue to develop and improve, while there’s a nice balance to the team’s attacking unit of, with Megan McKeon pulling the strings from centre-forward and setting up the chances for Aisling Feely, Kate Harrington and others. An average of 18 points per game would suggest that they’ve overcome the absence of Sinéad Glennon and are moving very freely up front.

Group form would also suggest that Boyle have the upper hand here, as they had eight points to spare when the sides met at the end of September, but the other side of that coin is that St. Dominic’s form in the group stages was some way short of what they are capable of producing. In the earlier part of the summer, albeit when county players were missing, they reached a Division One League final, beating Kilbride in the semi-final along the way.

In the championship too, their semi-final form stands out from the rest. Nothing that they did before last Friday week suggested that they were going to turn over a St. Ciarán’s side that was arguably the championship front runner before a ball was kicked. Yet they showed incredible strength and resolve to come through a tight finish in that one, thus earning their place in Saturday’s decider.

However, while it’s enough to suggest that they are capable of causing Boyle problems, particularly if forwards like Aimee O’Connor and Aoife Gavin get on the front foot, there is a sense that a young St. Dominic’s group, which is only going to get better based on the club’s underage results this summer, still has some way to go.

Boyle, on the other hand, are a lot closer to the finished article right now. O’Connor and Gavin will have their hands full with defenders like Suzie Keenahan and Isabelle King, with Saoirse Wynne available as a Plan B if St. Dominic’s get out to a fast start.

If St. Dominic’s are capable of upsetting St. Ciarán’s, they’re capable of winning this, but the most likely outcome is still that Boyle find the composure and maturity to see this job through to the end and take their place at the senior table next year. 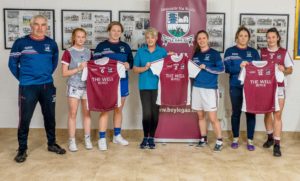