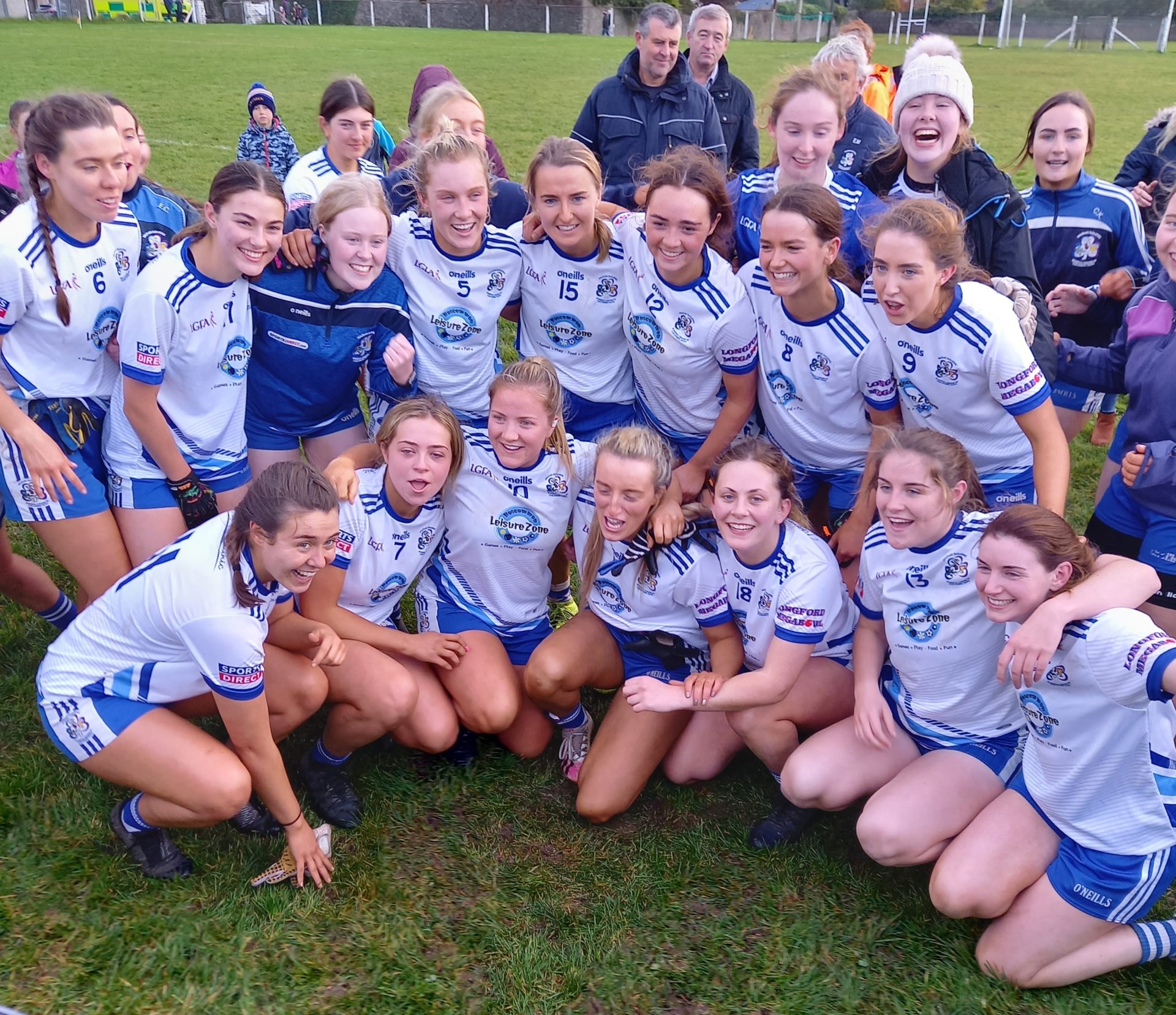 St. Dominic’s are intermediate ladies’ football champions for the first time following a thoroughly deserved 1-8 to 1-3 victory against Boyle at Orchard Park, Elphin, this afternoon.

It was a sweet victory for a club that had already lost this year’s senior camogie final and intermediate men’s football decider, but it was a case of third time lucky as, led by Niamh Watson, Niamh Fitzgerald and captain Aimee O’Connor, the Knockcroghery-based club finally had something to celebrate.

A goal from Caoimhe Cregg in the 11th minute suggested that Boyle might make up for the disappointment in last year’s final against St. Brigid’s but once O’Connor found the net two minutes later for her side — a goal all of her own making — they never looked back.

By the midway mark, Dominic’s, despite spurning a few decent chances, led by 1-5 to 1-2 as both sides struggled to adjust to a difficult crossfield breeze, but three O’Connor frees in the second half were enough to bring the title back to Knockcroghery for the first time.