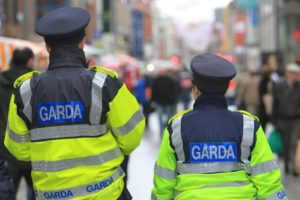 A 19-year-old man has been remanded on bail after appearing in court following his arrest in Athlone overnight.

The young man appeared in Mullingar District Court this afternoon following an incident in Athlone in the early hours of this morning where it is understood that a female Garda was hit in the face.

The injury to the Garda occurred after the man was arrested in the Church Street area of the town at around 3 a.m. and taken to Athlone Garda Station.

He was later charged with assault and public order offences.