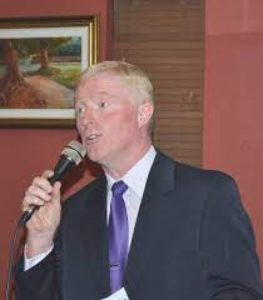 A retired Castlerea Garda was praised in the Dáil last week for his work on tackling sex offenders. Without his “Trojan efforts”, sex offenders would not have been brought to justice, the Dáil heard.

Speaking during a debate on the second stage of the Sex Offenders (Amendment) Bill 2021, Deputy Denis Naughten said the proposed legislation would close “dangerous loopholes that are currently within the existing legislation, particularly in terms of the management and monitoring of high-risk sex offenders”.

Deputy Naughten said that he has been working on strengthening legislation in this area and he thanked now-retired Sergeant John Hynes, who was based in Castlerea, for his vital assistance.

“I want to publicly acknowledge his work in trying to progress this particular legislation. John, who was responsible within An Garda Síochána for enforcing and monitoring sex offenders, was so frustrated about the lack of progress in dealing with the anomalies within the current legislation that he spoke out about it and pointed out the weaknesses within the legislation,” Mr Naughten said of the Mayo man.

“There is no doubt that in my part of the country and many other parts of the west, there are individuals, some of whom are in prison today, who would never have been put in prison or convicted were it not for the Trojan efforts of the now-retired Sergeant John Hynes. I refer not only to his day-to-day work and that of his Garda colleagues throughout the region, but also to the support he gave me when he helped me to progress my primary legislation in 2012. I have continued to make efforts since then to try to bring about this legislation to reform the laws in this area.”