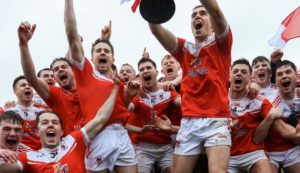 Pádraig Pearses’ Connacht club senior football championship semi-final against Mountbellew-Moylough, due to be played in Dr. Hyde Park on Sunday next, has been postponed.

The Roscommon Herald understands that the game has been deferred due to an outbreak of Covid-19 in the Mountbellew-Moylough panel. The match was scheduled to be broadcast live on TG4 with a 1.30 p.m. throw-in.

Connacht GAA officials met this evening to discuss the situation, and it is expected that the provincial CCC will meet on Thursday evening to re-fix the game.