Vehicle involved in Roscommon collision had been ‘taken’ from town square 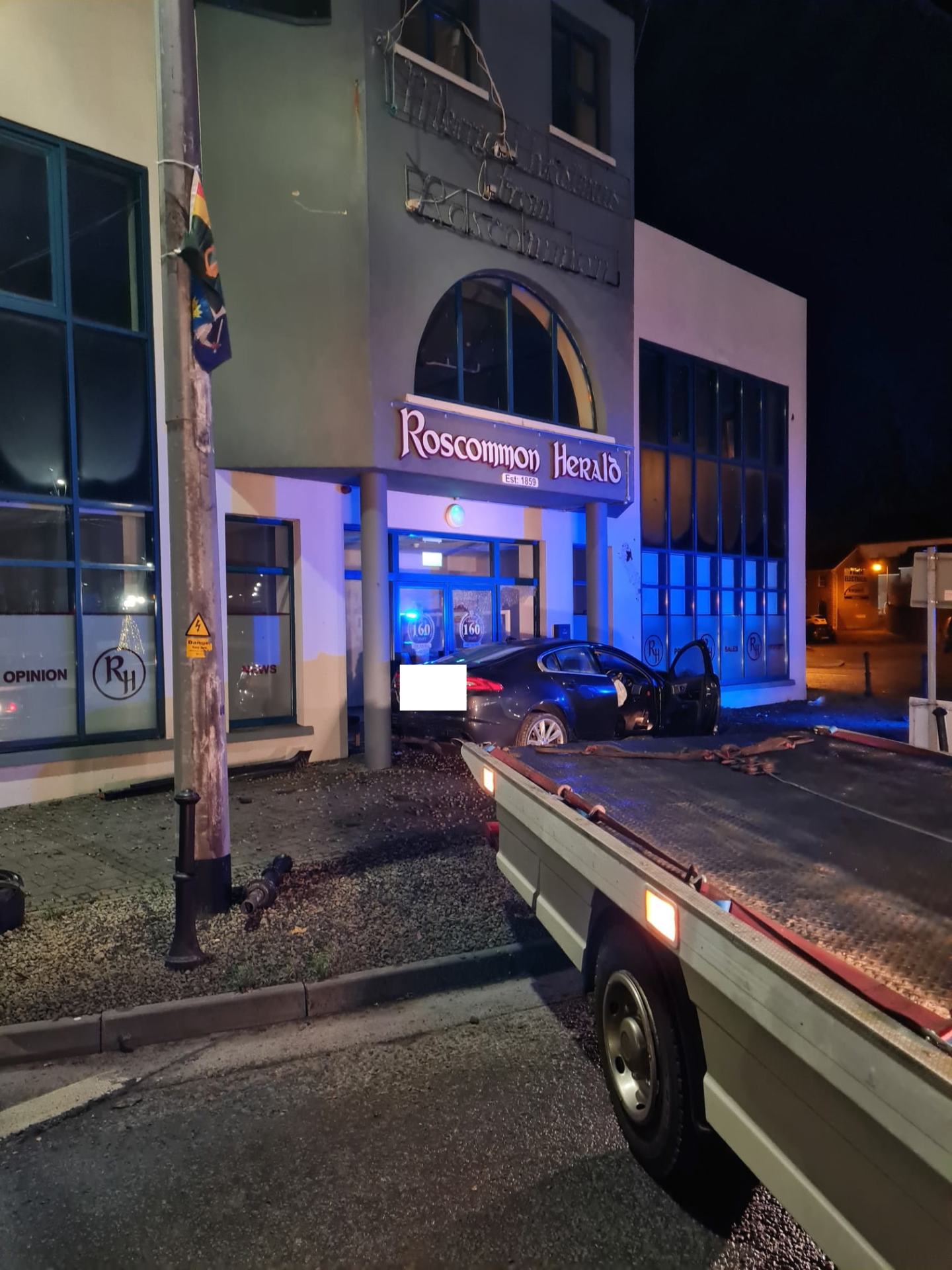 A vehicle involved in a single vehicle road traffic collision in Roscommon Town earlier this morning, Wednesday, November 24th is “understood to have been taken” from The Square area of the Town on Tuesday evening, according to Gardaí.

A man in his 20s was arrested and later charged. He is due to appear before Roscommon District Court at a later date.