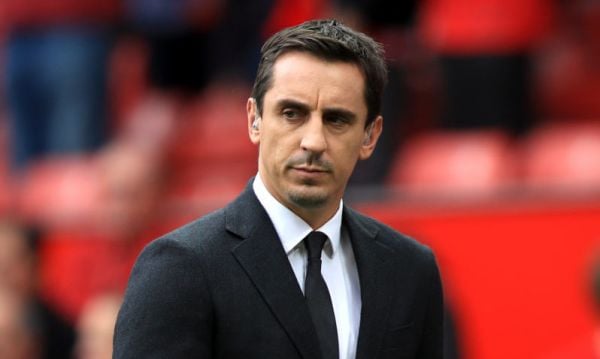 Gary Neville fully expects the football authorities to do their utmost to thwart plans for an independent regulator but warned them: “We know what you’re really like now.”

The fan-led review chaired by Tracey Crouch has made 47 recommendations aimed at making English football more financially sustainable, with a new regulator at the centre of the proposals.

UK culture secretary Nadine Dorries said on Thursday morning that the government supported the idea of such a regulator in principle and would produce a detailed response to the review by spring 2022.

This review makes clear that we’re at a turning point for football in this country. Football clubs are the hearts of their local communities, and this Government will ensure they are properly run and fans are protected. 3/

Former Manchester United defender Neville, part of the Save The Beautiful Game group which has campaigned for reform in the sport, predicts resistance from the game’s corridors of power.

But he believes the controversies around Project Big Picture and the European Super League that led to the review being brought forward by the UK government have removed the credibility of the game’s leaders, and said English football is in desperate need of “a referee”.

He said: “I’ve no doubt (those in) the corridors of power will meet in the coming weeks and try to come up with a plan to bring forward some proposals which mean that they will suggest that we don’t need an independent regulator in the next 12 months – however, we know what you’re really like now.

“Your real personalities and characters have surfaced, through Big Picture, through the fact there’s no independence around the Saudi Arabian takeover (of Newcastle), through the Super League and the fact (the clubs involved) wanted to destroy the pyramid.

“We know what you’re like, you’ve displayed your deficiencies, you’ve proved them over a 30, 40-year period. They do need a referee. They need a mediator. They need someone to bang their heads together and get these very intelligent, passionate people about football to work in unity towards the wider game.”

Amnesty International says the review recommendations on the criteria for suitable owners and directors are “unhelpfully vague”, with no specific mention of human rights contained within the report.

Neville defended the proposed owners’ and directors’ tests and said: “Tracey has not ducked the issue at all on the owners.

“I think she’s hit that issue head-on as far as I can see. She’s not gone into the detail of what a fit and proper owner looks like, but what she has said is that there needs to be an integrity test.”

The proposed introduction of a transfer levy on Premier League clubs was one of the most eye-catching recommendations.

Neville said Premier League clubs need not fear that the money would be frittered away by reckless owners in the EFL because of the checks and balances imposed by the regulator.

“I would expect the regulator to come down really hard in respect to the EFL clubs on financial control, monitoring, tracking and sustainable football,” he said.

“So I wouldn’t expect the money just to wash down from the Premier League into an abyss again.

“This is a real opportunity to be a historic moment to reset the recklessness that has existed in the game, not to chase for that Premier League golden ticket that brings desperation.

“Clubs leaving the Premier League each season are not just in a sporting sense disappointed, they’re almost financially devastating themselves. We’ve got to take that away.”

The speed of reform in the English game will now be closely monitored, with the shadow culture secretary Jo Stevens urging the government in the House of Commons on Thursday to immediately accept all the recommendations, not just support an independent regulator in principle.

Stevens described the proposals contained in the review as a “package” that need to be accepted all together, warning: “Anything less would be a botched job.”

UK sports minister Nigel Huddleston responded by saying: “I’m sure the honourable lady will understand that I cannot pre-empt every single element of the government’s response to those conclusions here today.

“But we take the recommendations incredibly seriously, and I’m well aware of the strength of feeling behind many of the proposals, but I’m sure you’ll appreciate I can’t commit 100 per cent to all the proposals today.

“In terms of how we go forward, I do intend to proceed at pace. I’ve had a meeting this very morning with my officials to discuss that very item in terms of how we move forward and how fast we can move. I would say please watch this space.”