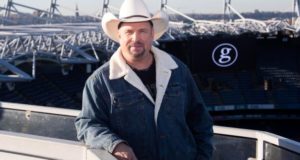 Hundreds of Roscommon people are in the queue for Garth Brooks tickets this morning for his five shows in Croke Park next year, which have been confirmed.

Initially, tickets for his first two September 2022 dates (September 9th and 10th) went on sale at 8 a.m. this morning, with around 75,000 tickets available for each of the nights.

Fans have been queuing all morning in the hope of securing tickets.

“I’m delighted that the extra shows have been made available. There were more than 400,000 ahead of me in the queue at one point. I thought to myself, I haven’t a hope here but, hopefully, the five concerts will mean that everyone will get a ticket,” one fan told the Roscommon Herald.

Earlier this week the country legend announced he will be playing two nights in Croke Park next September, ending seven years of uncertainty following the 2014 controversy when he cancelled his Irish tour.