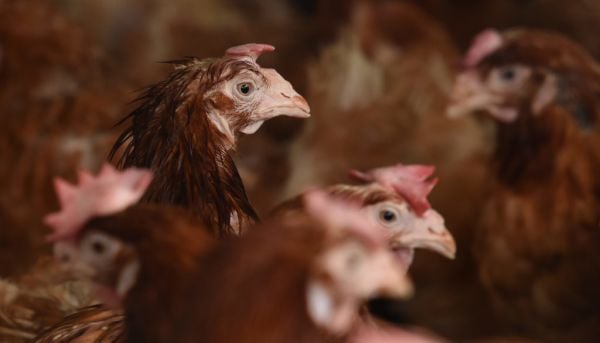 A second outbreak of bird flu has been discovered in a commercial poultry flock in Co Monaghan.

The outbreak, among a flock of broiler chickens, occurred in the same area in the south of the county where bird flu was detected in a 30,000-strong flock of turkeys on Saturday.

The outbreaks have left producers concerned ahead of Christmas. Fears are mounting that further flocks will be hit before processing begins in early December.

Hundreds of thousands of turkeys are expected to be dispatched to shops, butchers and supermarkets from the first week in December onwards – just over one week away.

On Saturday, the first flock of 30,000 turkeys was earmarked for humane culling after the avian influenza virus, H5N1, was confirmed.

On Wednesday evening the Department of Agriculture confirmed a second outbreak in a flock in the area. The department said the second flock tested positive for H5N1 and would also be “depopulated”.

It has set up a 10km restriction zone to control the movement of poultry and poultry products in the south Monaghan area and additional surveillance measures have been put in place. Authorities in Northern Ireland have also ordered all flocks to be housed indoors.

The virus has also been found in 49 individual wild birds across eight counties.

It is highly contagious among birds but there have been no reported cases of human infection and the risk to people is considered low.