David Flynn, the man who lifted the Tom Markham Cup on what was a memorable and historic evening in Ennis 15 years ago, has officially confirmed his retirement from club football.

The announcement was made through Clann na nGael’s social media channels this morning, with his native club paying tribute to a player that has been centrally involved in lots of their success in recent years. 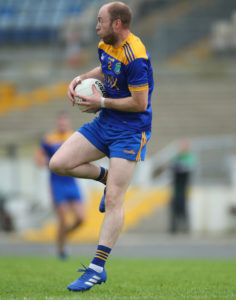 The statement by the Johnstown club read as follows:

Clann would like to advise that our Senior player David Flynn has decided to bring an end to his playing career.

Clann na nGael would like to advise that our Senior player David Flynn has decided to bring an end to his playing career.
David has enjoyed a successful playing career for both club and county. He had the honour of captaining the Roscommon Minor team that claimed the All-Ireland title in 2006 and also played senior football for Roscommon.

A born leader both on and off the field, David had some memorable and inspiring performances in the Clann jersey, culminating with winning two senior county titles in 2015 and 2018. David has been a highly respected and influential member of our senior panel for the past 15 years and always gave everything to the Clann cause once he crossed the white line. Everyone in Clann na nGael wish David and his family the very best in the future. 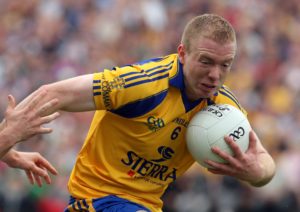 Flynn lined out at centre back when Roscommon beat Kerry by 1-10 to 0-9 in the 2006 All Ireland minor final, and was one of several players from that group who went on to play for Roscommon at U-21 and senior level. Throughout this and afterwards he continued to perform at a very high level for Clann, captaining the club on several occasions and picking up senior county medals in 2015 and 2018.
In 2021 he lined out with the club intermediates and was a key player in his usual role at centre back as Clann reached a championship semi-final.
Filed under: Clann na nGael, David Flynn, Roscommon GAA